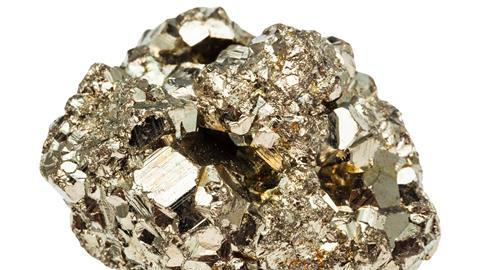 One mineral form may look like gold, but Brian Clegg isn't fooled by the value of iron sulfides

All that glitters is not gold,
often have you heard that told.
Brian Clegg shows another side,
to fools gold – iron sulfide.

‘There’s gold in them thar hills!’ Or is there? As its nickname of fools’ gold suggests, the pyrite mineral form of iron II disulfide has more than a passing resemblance to the precious metal. With the simple formula FeS2, the compound’s cubic structure can result in the production of remarkably effective looking platonic shapes both in crisply edged cubes and dodecahedrons that look as if they have been manufactured, though more often the natural formation results in a less clearly demarked structure. 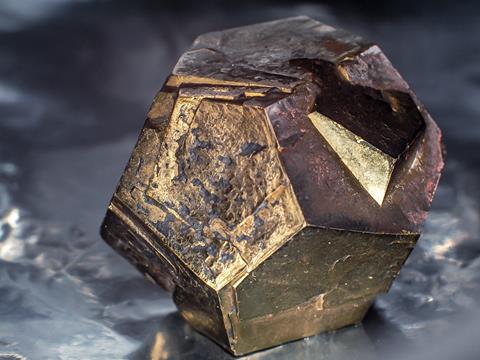 Within the crystals of iron disulfide, sulfur atoms come in pairs, with one of the sulfur’s four bonds linked to another sulfur atom. These bonds are broken under heating to produce iron II sulfide – FeS – and sulfur. This process is used in the production of sulfur dioxide, both to use the gas, for example as a bleach for paper, and as the first step to producing sulfuric acid. More recently, the compound, which is a semiconductor, has found a use in lithium-iron batteries, where the cathode is made of iron disulfide: these batteries are voltage compatible with traditional 1.5 volt cells, but last significantly longer than alkaline equivalents. 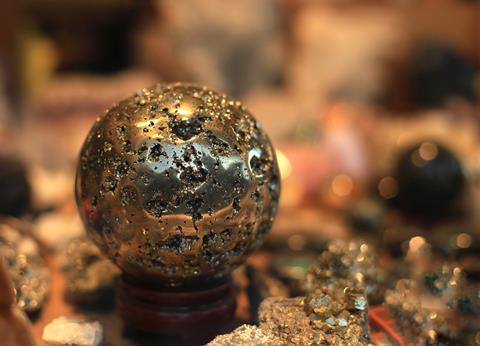 Perhaps the earliest application of iron disulfide was as an alternative to flint in striking sparks – hence the name pyrite – and was often used in this way in early pistols. It has also been long used in producing iron sulfate, traditionally known as green vitriol. Iron disulfide is still sometimes used in this way, though with more sophisticated mechanisms than the traditional approach of leaving a pile of pyrite out in the rain and collecting the liquid that dripped from it.

As the mineral oxidises, it gives off a fair amount of heat, which can result in explosions in coal mines with a high sulfur content. This tendency to oxidise doesn’t mean, however, that iron II disulfide is always locked away. Polished pyrite has been used in jewellery since ancient times and its rather dark crystals (they rarely have the lustre of gold) were particularly fashionable between the late 1700s and the early twentieth century. 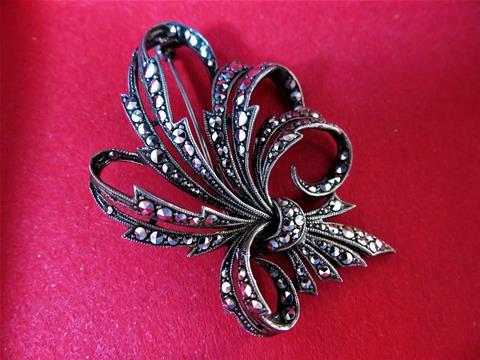 Confusingly, jewellery made from pyrite is called marcasite jewellery – confusing because there is an alternative iron II disulfide mineral called marcasite, where the cubic structure is stretched to what is known as an orthorhombic form. This form is less suitable for making gemstones as it’s more brittle and likely to crumble. The jewellery’s name (often pronounced ‘marca-seet’ in the UK) dates back to a time when all forms of the mineral were known as marcasite. 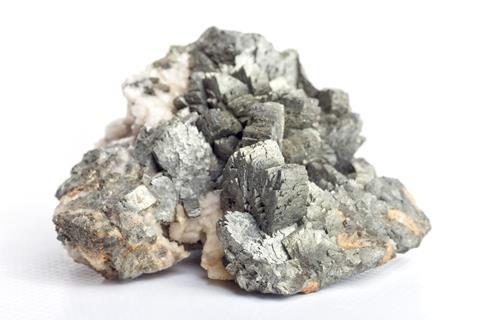 However, iron II disulfide is by no means the only way to combine iron and sulfur. The far less attractive looking iron II sulfide is a black mottled substance with a structure that is octahedral around the iron. The compound quite frequently forms from the breakdown of organic material, whether as black sludge in swamps or the dark discolouration of an over-cooked egg yolk. 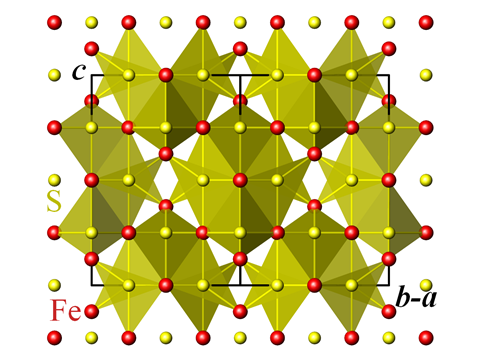 This is just the beginning for subtle variants of iron sulfide. Minerals known as greigite, mackinawite and pyrrhotite have variants of the structure, while the black powder of iron III sulfide – Fe2S3 – has only ever been artificially produced. Greigite features in the abilities of a group of marine bacteria only discovered in 1975 that have the remarkable ability to orient themselves according to the Earth’s magnetic field. Called ‘magnetotactic’ bacteria, these organisms have crystals in their cells that are mostly greigite, which is the iron sulfide equivalent of the best known naturally occurring magnetic material, the iron oxide magnetite. 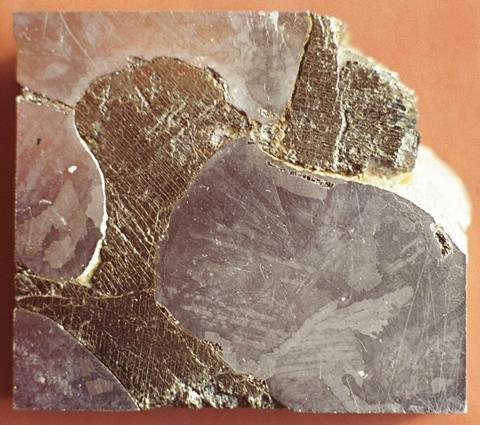 Etched surface of the Mundrabilla meteorite, showing a metallic iron-nickel alloy phase of kamcite (38% Ni) and taenite (6% Ni) at bottom right, bottom left, and top left. The darker material is an iron sulfide (FeS or troilite) with a parallel precipitates of duabreelite (iron chromium sulfide (FeCr2S4).

Perhaps the most interesting of the alternative structures is troilite, another form of iron sulfide with a hexagonal structure. Although this is occasionally found native to Earth, it most frequently turns up in meteorites – specifically the relatively uncommon varieties that originated on the Moon and Mars before being blasted off the surface in an impact from space. 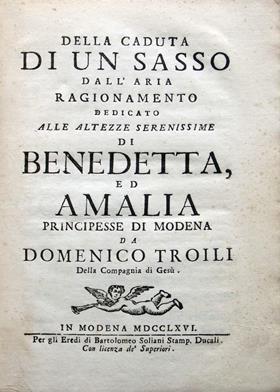 The name troilite was given in honour of the Italian priest Domenico Troili who made the first recorded observation of a meteor resulting in an object hitting the ground in 1766. Troili thought the main material of the meteorite was marcasite (probably meaning pyrite), but nearly 100 years later the German mineralogist Gustav Rose identified the meteorite’s composition as a different iron sulfide and named it after Troili.

Iron sulfide can be a pain. It can build up, for example, in oil and gas wells, furring up the tubing. However, elsewhere it has proved its worth. It may be a simple compound of two straightforward chemical elements, and as pyrite a deceptive fake gold, but in its varied forms it shows a diversity and adaptability that makes its users anything but fools.

That was Brian Clegg in defence of iron sulfide. Next week, Mike Freemantle with kerosene, and an unconventional form of warfare.

About a month after the Japanese attack on Pearl Harbor in December 1941, an American dentist came up with a scheme to demolish Japanese cities by strapping tiny incendiary bombs to bats.

Find out what happened in Project x-ray next time. Until then, you can email chemistryworld@rsc.org or tweet @chemistryworld if you have any requests for compounds we should include in the podcast. I’m Ben Valsler, thanks for joining me.