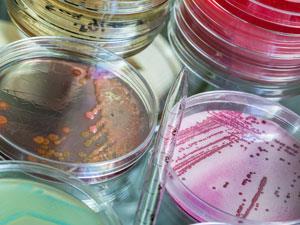 This week, a disease, a compound and a cure. Simon Cotton explains more.

Some called it consumption, others the white plague. It killed the Bronte sisters and other writers including Elizabeth Barrett Browning, Franz Kafka, John Keats and George Orwell; the actress Vivien Leigh, heroine of Gone with the wind; Simon Bolivar the liberator of Colombia, Venezuela, Ecuador, Peru and Bolivia; Saint Theresa of Lisieux; and King Edward VI of England. John Calvin and Cardinal Richelieu both died of it, possibly the only thing that they had in common. And it has killed countless millions of other people over thousands of years.  We know it as tuberculosis. Sadly, TB is very much with us; around one third of the world’s population is probably infected with it and it actually kills nearly 2 million people a year, mainly in the developing world. Worldwide, tuberculosis is the leading cause of death from an infectious bacterial disease. 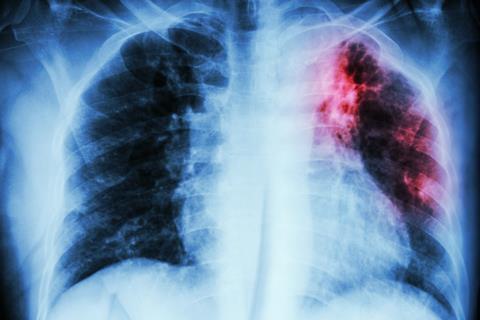 In mediaeval times, tuberculosis of the lymph node was known as scrofula or the King’s Evil; for centuries, monarchs touched sufferers as this was believed to cure them. On March 30th 1712, the young Samuel Johnson was ‘touched’ by Queen Anne, the last British monarch to practice this custom. Following the Industrial Revolution, TB was a major cause of death in overcrowded and insanitary cities.

In the second part of the 19th century, scientists made great strides in understanding TB. First Jean-Antoine Villemin discovered that it was an infectious disease, then in 1882 Robert Koch discovered the tubercule bacillus – for this discovery he was awarded the Nobel prize in physiology or medicine in 1905. We now know that TB is caused by a bacterium, most usually Mycobacterium tuberculosis, and the search for a cure went on for many years.

Selman Waksman’s family originated in the Ukraine, but like many families around the start of the 20th century, emigrated to the United States of America. He studied at Rutgers College in New Jersey, then at the University of California, developing a lifelong interest in microorganisms living in soil, and later returning to Rutgers. In 1939 his research team started to study soil microorganisms that might exhibit antibiotic properties against pathogenic bacteria. 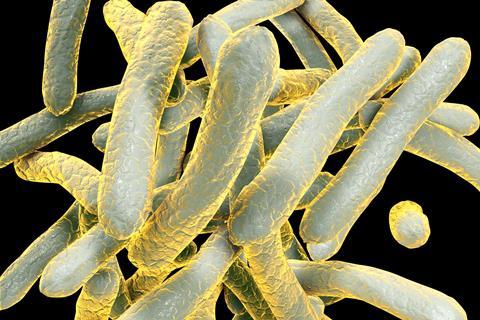 Albert Schatz began working for Waksman in 1942; but spend a brief stint in looking for antibiotics that could be active against penicillin-resistant bacteria. He was discharged from the Army on medical grounds in June 1943 and went back to Waksman, continuing this project. Two other researchers working in this area were William Feldman and Corwin Hinshaw, at the Mayo Clinic in Rochester, Minnesota, who were looking at antibiotics active against Mycobacterium tuberculosis, and Schatz started to look at a very virulent form of this bacterium which was supplied by Feldman. Schatz worked in a basement lab that could easily be isolated from the rest of Waksman’s laboratories in the event of the bacterium escaping.

Schatz succeeded in discovering a soil bacterium that produced an antibiotic which we know as streptomycin. Streptomycin is active against many pathogens, including Mycobacterium tuberculosis. Schatz and Waksman published their findings in 1944, reporting the activity of streptomycin against tuberculosis in test organisms, then Feldman and Hinshaw followed this up by showing that streptomycin would successfully treat tuberculosis, first in guinea pigs, then in humans. Schatz was awarded his PhD in 1945.

This is where the story starts to take a nasty turn. Schatz and Waksman were awarded a patent for streptomycin. Waksman got Schatz to sign away his rights to royalties, without telling him that he, Waksman, had an agreement with Rutgers for 20% of streptomycin royalties. When Schatz found out about this a few years later, he sued Waksman and Rutgers, and in court Schatz was acknowledged as a co-discoverer of streptomycin and was awarded a share of royalties. But in 1952, the Nobel prize in physiology or medicine was awarded to Selman A. Waksman ‘for his discovery of streptomycin, the first antibiotic effective against tuberculosis’. No mention of Schatz, or for that matter Feldman and Hinshaw.

Tuberculosis has made a comeback in recent years. This is in part due to patients not completing courses of antibiotics, so that they still carried the bacterium, even though they were partly cured, and also carried drug-resistant strains. Increased mobility across the world has helped spread it, whilst many people suffering from AIDS develop TB as a result of their weakened immune systems – TB is responsible for one quarter of HIV deaths. The search for better medicines goes on.

Tuberculosis can be a killer, but survivors’ stories are often inspiring. Take the Yorkshire cricketer Bob Appleyard. He took 200 first class wickets in the 1951 season, whilst unknowingly suffering from TB. In 1952, he was successfully treated with streptomycin, then had surgery to remove the infected part of the lung, and convalesced in 1953, so he missed two whole seasons’ play. He recovered his health, and despite reduced lung capacity, regained his form, not just getting back into the Yorkshire XI but being selected for England, helping them retain the Ashes in their tour of Australia in 1954–5. Streptomycin has saved many lives.

Birmingham University’s Simon Cotton there, with the chemistry of streptomycin. Next week, there’s more to this compound than squeaky voices.

With its full shell of two electrons, helium is armour plated against reacting. And yet we are going to consider a helium compound, a molecule that could have a very ancient pedigree, helium hydride.

And Brian Clegg explains how this compound can be formed in next week’s Chemistry in its Element. Until then, thank you for listening, I’m Meera Senthilingam.