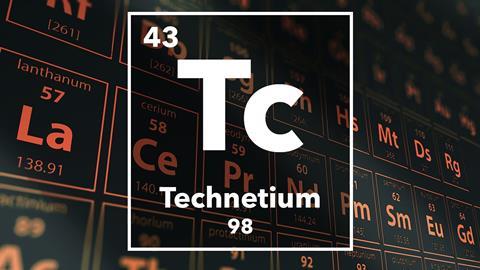 One of Mendeleev's predicted elements, technetium is now a go-to element in medical imaging

Hello! For Chemistry in its element this week, we are meeting the man who made the periodic table and also hearing the story of the element that he predicted would exist, but never lived to see it discovered. That man was Mendeleev and with the tale of technetium, the element he foresaw, here's Mark Peplow.

'Once there lived and existed a great learned man, with a beard almost as long as God's', so wrote Daniel Posin in his biography of Dmitri Mendeleev, the 19th century Russian scientist credited with creating the periodic table of elements. There's a sculpture outside the Slovak University of Technology in Bratislava, which portrays Mendeleev in all his hirsute glory right at the centre of a sunburst of elements. The sculpture makes it clear that Mendeleev is no mere bookkeeper of elements; instead he was the creative spark behind their existence. For a while other scientists had tried to create ways of ordering the known elements. Mendeleev created a system that could predict the existence of elements, not yet discovered. That's what made the idea so revolutionary. 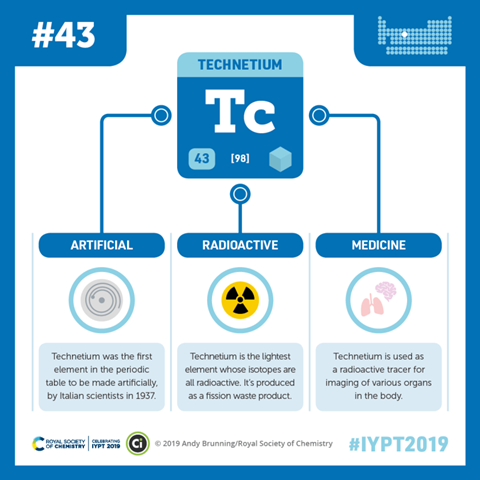 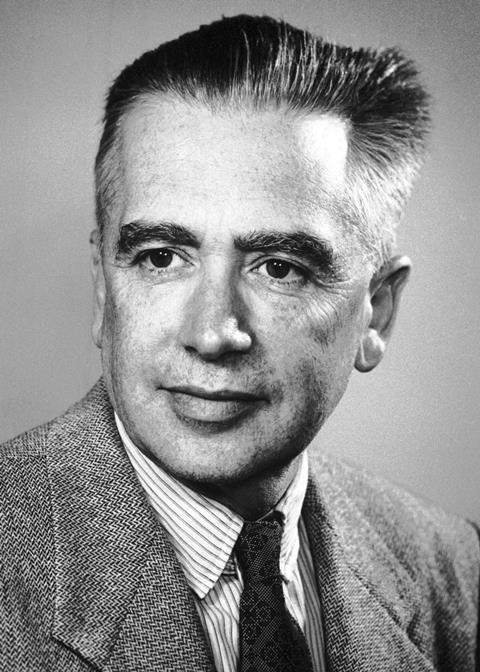 When he presented the table to the world in 1869, it contained four prominent gaps, one of these was just below manganese and Mendeleev predicted an element with atomic weight 43 and properties similar to its neighbours would be found to fill that gap. He named the missing element ekamanganese. After the other absentees were found and subsequently named scandium, gallium and germanium, the search for ekamanganese intensified. There were unconfirmed reports of its discovery from Russia, Japan and most convincingly in Germany, but it was not until 1937 that a group of Italian scientists led by Carlo Perrier and Emilio Segrè at the University of Palermo in Sicily finally found the missing element. The previous year, Segrè had visited Ernest Lawrence's cyclotron in Berkley in America, a particle accelerator that was being used to smash atoms apart. And in early 1937, Lawrence sent Segrè a piece of deflector foil from the cyclotron, made from molybdenum, element number 42, just one proton shy of ekamanganese. Now Segrè was a particle physicist. He actually went on to share the Nobel prize in physics for discovering the antiproton. So he didn't have much experience of chemistry, but the mineralogist, Carlo Perrier did and together they eventually managed to isolate two radioactive isotopes of the new element, which they named technetium. 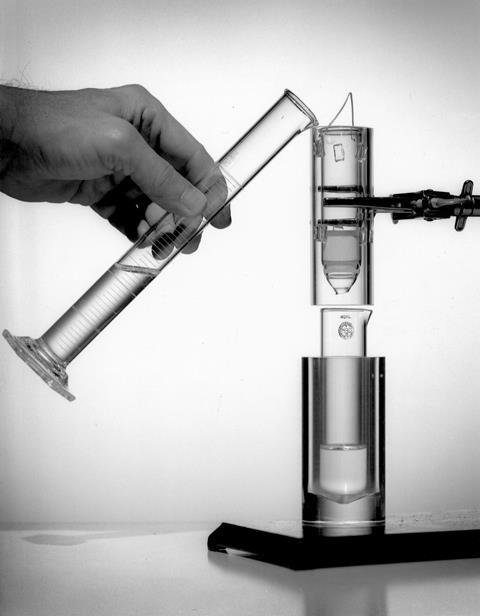 The first technetium-99m generator developed at Brookhaven National Laboratory, circa 1958, shown without shielding.

The name is from the Greek word for artificial, since technetium was the very first man-made element, yet despite the name, Technetium is found naturally albeit in tiny traces. It's a product of spontaneous uranium fission and although there are no stable isotopes of technetium, you can usually find about a nanogram of technetium in every 5 kilos of the uranium ore, pitchblende. That's not to say that the stuff is scarce, it's actually a common waste product from nuclear power stations and it's estimated that several tons of technetium have been released into the environment as low level waste over the past half century. But technetium is also used in about 20 million medical imaging procedures every year. This relies on a form of technetium, which has a half life of about 6 hours. It decays by emitting a gamma ray, which can be detected by what is effectively a special form of camera. The short half life allows doctors to inject the technetium into a patient in order to light up particular organs in the body and assess how well they work. Hooking the technetium atoms up with certain organic molecules or pharmaceuticals can even allow you to target specific types of tissue. Because technetium doesn't occur naturally, it doesn't interfere with any of the body's biochemistry, so it's safely excreted after the procedure and since you need so little of the isotope, it keeps the radiation dose really low.

Mendeleev could surely have had no idea that 140 years after he predicted the existence of ekamanganese, about 50,000 people in North America alone would be injected with the stuff every single day.

Mark Peplow telling the tale of technetium. Next time on Chemistry in its element we're sinking to new depths.

Even the spark of glamour the metal gets from its association with the world's greatest rock band stems from the eeyorish prediction that they would sink like a lead balloon or zeppelin.

And you can hear science writer, Phil Ball, swinging the lead in next week's edition of Chemistry in its element. I'm Chris Smith, thank you for listening. See you next time.