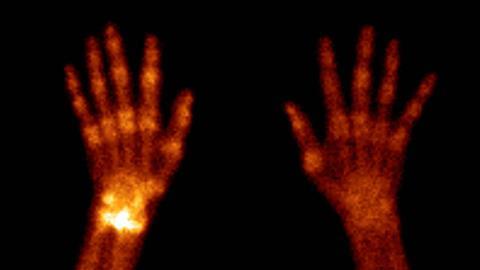 The US Food and Drug Administration (FDA) has approved a new system for generating the diagnostic radioisotope technetium-99m that it hopes will address shortages. The RadioGenix system developed by Beloit, Wisconsin-headquartered company NorthStar Medical Radioisotopes works by separating technetium-99m from its radioactive precursor molybdenum-99 as it decays. The imaging agent emits gamma radiation that is used to make images of organs or bones, for example in SPECT imaging. It is used on tens of thousands of patients in the US every year for the diagnosis of various diseases including cancer and heart disease.

‘The RadioGenix system is the first piece of new technology for the end user in this industry in many years,’ says Jim Harvey, NorthStar’s chief science officer. ‘It uses patented processes that rely on very straightforward chromatographic separations.’

The separation system is coupled to a source vessel that generates molybdenum-99 by bombarding a molybdenum-98 target with neutrons. The molybdenum-99 then decays into technetium-99m that is extracted and can be turned into an injectable sodium pertechnetate solution. It is designed for use in centralised nuclear pharmacies, but could also be deployed within individual hospitals. 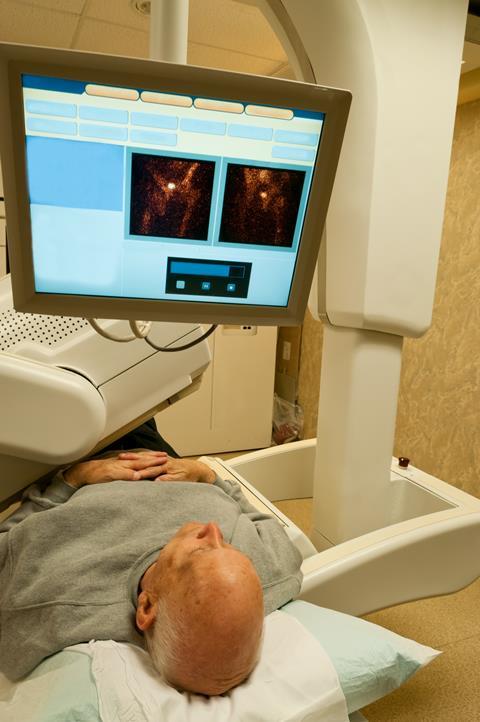 ‘A single RadioGenix system can supply a significant amount of the technetium-99m most radiopharmacies need each day,’ says Harvey. ‘The system is fully automated and will run the chromatographic separation without the need for the user to stand by and monitor or interact with the system once the process is initiated.’

The approval heralds the first domestic supply of the precursor molybdenum-99 in 30 years, and doesn’t rely on the nuclear fission of uranium-235. Currently, molybdenum-99 is manufactured outside the US in a small number of specialised plants and there have been warnings that supplies could run low as some of these plants are reaching the end of their lifespan. In these plants, a uranium-235 target is bombarded with neutrons to split the nuclei. But only a small fraction of what is produced is molybdenum-99. More than 80% is useless fission by-products that are costly to dispose of.

In contrast, the reactor developed by NorthStar uses a target made of another radioactive molybdenum isotope, molybdenum-98, which is naturally occurring and can be separated from the ore. When bombarded with neutrons, each nucleus captures a neutron to become molybdenum-99. ‘Ninety-nine percent of the resulting radioactivity is the useful molybdenum-99 with very little waste,’ says Harvey.

Janet Woodcock, director of the FDA’s Center for Drug Evaluation and Research, said the approvals were the result of ‘years of coordination’. ‘Technetium-99m is vital to disease detection, yet healthcare professionals have faced challenges with adequate supply due to a complex supply chain that sometimes resulted in shortages,’ she said in a statement. ‘This approval […] will help to ensure more reliable, clean and secure access to this important imaging agent.’