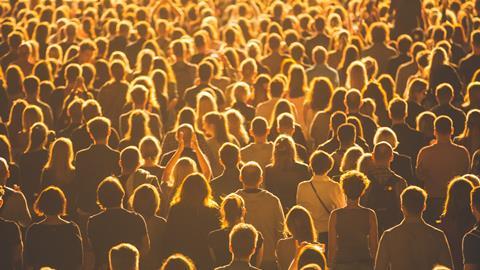 A project that is the first of its kind has got researchers delving into their freezers to dig out their half-forgotten contents – compounds previously made or isolated but whose biological activity has never been tested. A crowdsourcing call saw 45 chemists send in almost 350 natural products, which were screened for their therapeutic potential in 50 conditions, including neglected tropical diseases and cancers that aren’t in the public eye.

Among the discoveries are that the pepper spice piperine activates a liver receptor, and an alkaloid that stabilises cellular calcium levels. These compounds and others identified in the screening process could now be a starting point in the search for new drug candidates.

‘I’m a huge fan of natural products, but I’m awfully familiar with the fact that a lot of labs either isolate or synthesise natural products and just put them in the freezer or send them off, at most, for a token cancer or antibacterial screening,’ says US National Institutes of Health (NIH) chemist Jason Rohde, who led the project.

Although at least half of all drugs are natural products or inspired by them, many pharmaceutical companies have abandoned their natural product research. Compared with other ways of creating large drug discovery libraries – like combinatorial chemistry – ‘natural product discovery and characterisation takes a lot of time and resources’, says Charkoudian. ‘Crowdsourcing their [biochemical] characterisation will help maximise the impact of all of that hard work.’

Rohde, who has a background in total synthesis, contacted academic and industrial chemistry groups to ask for natural products whose biological activity had never been tested. Researchers were asked to donate 1mg of an at least 85% pure compound.

346 compounds sent in by 45 teams ended up at the NIH’s high-throughput drug screening facilities. ‘It was really neat to see the level of participation, in particular some grad students were interested in seeing how their molecules behave,’ says Rohde. Each compound was tested against 50 biological targets, many of them for neglected diseases.

The alkaloid 2-cathafoline – synthesised by Neil Garg’s lab at the University of California Los Angeles, US – turned out to be a powerful calcium level stabiliser. Its properties might be of interest for treating diabetes or cardiovascular diseases. Piperine, the spicy compound in black pepper, was discovered to activate a receptor that regulates drug metabolising enzymes.

‘I was excited to see this,’ says drug discovery researcher Donna Huryn from the University of Pennsylvania, US. ‘I think this is one of the things the government can do that individual investigators cannot.’

At the same time, researchers might be wary of handing over their material, she adds. ‘Your compounds are like your children, so people feel some ownership of them and want to be aware of what’s being done.’

‘Another issue might be intellectual property,’ says Charkoudian. Rohde explains that any follow-up publications on biological activity were agreed to be in collaboration with the NIH. Separate agreements would be made if any of the compounds were to be taken forward as a potential drug.

However, as screening libraries go, a 350-compound set is small. ‘My dream was to look at a much bigger set and do more informatics-type analyses,’ says Rohde. The NIH might consider a similar project in the future, Rohde indicates, but is unlikely to accept submissions on a rolling basis as this would complicate testing.

Students, Charkoudian says, would certainly value the opportunity to send in their compounds. ‘I think it would be cool if this sort of thing could be integrated into a course-based undergraduate experience.’

Rohde thinks that collaborations such as this will continue to become more commonplace in chemistry, which has been lagging behind other scientific fields. ‘I really hope it expands because I think there are many more people who would like to contribute to this library,’ Huryn agrees. ‘I think it’s the way of the future, it shows people collaborating and the government taking a leadership position.’