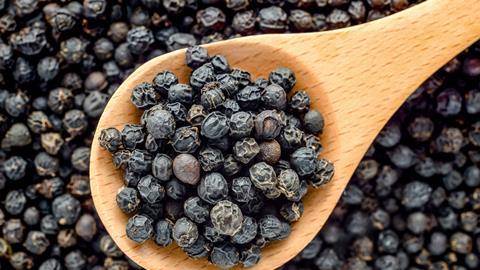 Jamie Durrani on the compound that gives pepper its characteristic kick

This week, Jamie Durrani adds a pinch of spice to the podcast. 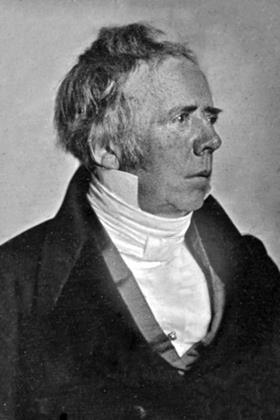 The Danish natural philosopher Hans Christian Ørsted left an impressive scientific legacy. In 1820, he observed that the needle of a compass would turn when in the vicinity of a wire carrying an electric current – his work for the first time described the link between electricity and magnetism. Five years later, he became the first person to make aluminium when he reduced anhydrous aluminium chloride to produce the metal in its elemental form.

Ørsted founded a number of scientific organisations – including the Danish Meterological Institute, the Danish Patent and Trademark Office, and the Technical University of Denmark. He was also the first modern scholar to explicitly define the thought experiment.

But one of Ørsted’s less celebrated feats came in the same year as his discovery of electromagnetism, when he became the first person to isolate the compound piperine from the fruits of the black pepper plant. When purified, piperine usually takes the form of long, yellowish needle-like crystals. 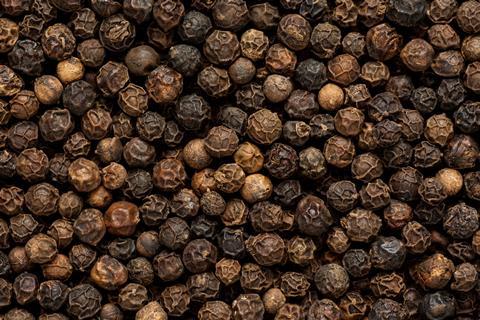 Piperine is an alkaloid that activates receptors on sensory neurons responsible for the sensations of heat and pain. An average peppercorn will contain between 5 and 9% piperine, and it’s this that gives pepper its characteristic kick. Piperine behaves in a similar way to the capsaicin found in chili peppers, though with only about one hundredth of the potency. But it’s this balance that makes peppercorns perfect for flavouring gins and brandies, as well as livening up your spag bol – it’s no wonder that black pepper has been the world’s most traded spice for thousands of years! Having said that, not everyone was happy when new trade routes saw larger quantities of pepper making its way into Europe – in the first century AD, the Roman scholar Pliny the Elder wrote:

‘It is quite surprising that the use of pepper has come so much into fashion, seeing that in other substances which we use, it is sometimes their sweetness, and sometimes their appearance that has attracted our notice; whereas, pepper has nothing in it that can plead as a recommendation to either fruit or berry, its only desirable quality being a certain pungency; and yet it is for this that we import it all the way from India! Who was the first to make trial of it as an article of food?’ 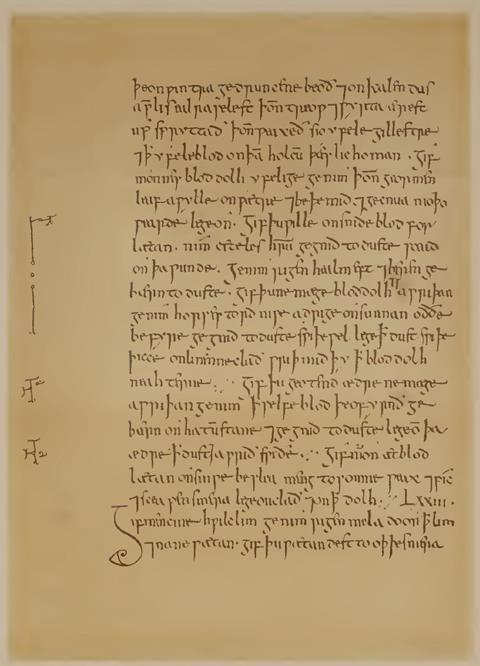 People have used piperine for more than just adding punch to foods. Numerous cultures have believed in the medicinal qualities of black pepper –including in attempts to treat insomnia, sunburn and toothaches. The Old English medical text Bald’s Leechbook even describes the use of pepper in a remedy for eye irritation:

‘Thus shall a man work an eyesalve; take the nether part of strawberry plants and pepper, pound them well, put them on a cloth, bind them fast, lay them in sweetened wine, make somebody drop one drop into the eyes.’

Needless to say, no current medical evidence suggests that rubbing pepper into your eyes will in any way help to alleviate the symptoms of an eye infection. 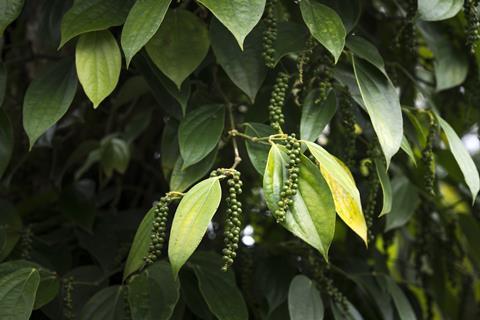 In traditional Thai medicine pepper was used to treat certain forms of cancer, while in both China and Iran it was thought to help prevent epileptic episodes. Today, modern medical researchers continue to investigate piperine for its supposed anti-cancer activity and anticonvulsant effects. There is also evidence that when taken together, piperine can increase the bioavailability of other drugs – this is partly attributed to piperine’s strong inhibitory effect on enzymes involved in drug metabolism. Additionally, piperine has featured as an ingredient in some insecticide products.

One of pepper’s best-known physiological effects is its ability to make people sneeze. Some believe that piperine is to blame, suggesting that sneezing is a consequence of piperine molecules stimulating nerve endings inside the nasal mucous membrane. However, no controlled studies have yet determined if this is truly the case.

That was Jamie Durrani with piperine: the compound that provides pepper with its properties. Next week, Kat Arney joins us with one of nature’s super-materials.

a natural substance that is pound-for-pound stronger than steel, tougher than bulletproof Kevlar, can withstand a temperature range from 200 Celsius down to minus forty, and can stretch up to five times its length without breaking. Yet rather than being forged in a furnace or moulded in a factory, spider silk is made in a much less glamorous way: created from a sloppy mixture of proteins that comes out of a spider’s backside.

Join Kat to find out more. Until then, drop us a line on chemistryworld@rsc.org or tweet @chemistryworld if you have any comments. Thanks for joining me, I’m Ben Valsler.