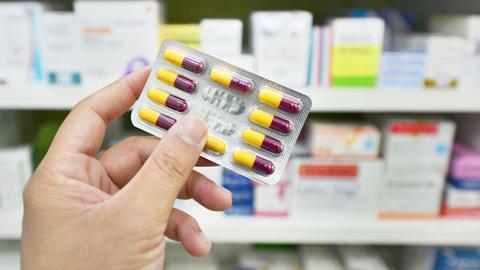 India is awash with antibiotic combinations that have no regulatory approval, according to a new study. This is likely to worsen the problem of antibiotic resistance.

Seventy-five of the 118 fixed dose combinations (FDCs) – formulations of two or more drugs that are available as a single product – sold in India were not approved, even though this appears to be illegal. ‘Patients are consuming medicines that are potentially harmful,’ warns Allyson Pollock at Newcastle University, who co-authored the study. ‘We are seeing increasing sales of these.’

Many FDCs – approved and unapproved – had no publicly available data on safety and efficacy. The findings raise several concerns. ‘First, who is getting these combinations and what are their vulnerabilities. Then there are questions around drug regulation and safety,’ says co-author Patricia McGettigan at Queen Mary University of London, UK. Potentially serious interactions could result from some combinations, such as azithromycin and levofloxacin, two antibiotics associated with heart arrhythmias in vulnerable individuals.

Mixing antibacterial and anti-protozoan agents is common, presumably to cover diarrheal illnesses. ‘This combination might in itself give you diarrhoea, as it may clear out your normal gut flora,’ McGettigan warns. Some drugs mixed together were pharmacologically incompatible and require different dosing schedules.

Almost half of the drug cocktails were dual antimicrobials, some combining what the World Health Organization terms highest priority critically important antibiotics. ‘These irrational combinations are a leading reason why drug resistance is so quick to arise in India,’ says Ramanan Laxminarayan, director of the Center for Disease Dynamics, Economics and Policy. Unrelated drugs are put together just to get around price caps on essential medicines, he explains. ‘We are generating multidrug resistance to unrelated antibiotics very rapidly because the same bug is seeing extraordinary selection pressure from two antibiotics.’

Pollock describes multinationals’ involvement in the sale and production of these ‘irrational combinations’ as especially worrying. Twenty antimicrobial cocktails made by multinational companies had no regulatory approval, with Abbott making 18 of these.

The situation in India is exceptional, when compared with Europe or the US, where just five FDCs are available. For 2011–12, FDCs made up one-third of systemic antibiotic sales (872 million units) but over one-third of FDCs sold were of unapproved formulations.

The study also analysed drug sales in India during 2007–2012. Almost all single drug combinations had regulatory approval. Therefore, there is no need for unapproved drug cocktails: the drugs are available individually. ‘When you speak to clinicians [in India] about fixed dose combinations, they say they are a terrible idea,’ says McGettigan. The Indian government has tried to outlaw many of them and the ban is still going through the courts.

‘The vast majority [of bacterial infections] can be treated with a single antibiotic,’ says Marc Mendelson, professor of infectious diseases at the University of Cape Town, South Africa. ‘A second antibiotic is often redundant.’ If the FDCs are substandard ‘that will compound the issue as the dose may not be enough to kill the bacteria and that again increases the potential for driving resistance’.