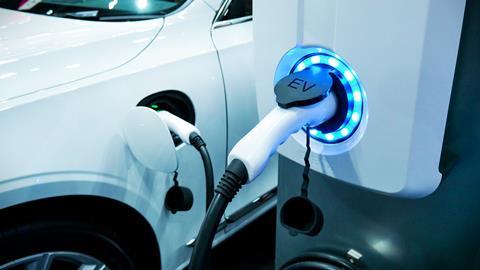 A new type of lithium–air battery unveiled by researchers in China combines higher capacity, longer-cycle life and greater stability than comparable batteries, the scientists say. The device, which has a solid zeolite electrolyte integrated with two electrodes, may mark a significant step towards the viability of such batteries for electric vehicles and energy storage.

Lithium–air batteries normally use a pure lithium anode and some form of porous carbon at the cathode. When the battery is discharged, lithium ions flow from the anode to the cathode, where they meet electrons that flow through the external circuit and react with oxygen from the air. When the battery is recharged this process is reversed. As lithium is highly electropositive and extremely light and air is effectively massless, lithium–air batteries have the highest theoretical maximum specific energy density of any battery type.

In practice, however, designing a viable rechargeable device has proved extremely challenging. The extreme reactivity of lithium is a double-edged sword: it allows for the storage of a huge amount of energy, but releasing that energy in a controlled, safe, reversible way is difficult. The first designs used various liquid electrolytes. However, lithium reacts violently with water, which creates problems in aqueous electrolytes, and organic electrolytes are prone to side reactions. ‘Lithium’s intrinsic thermodynamic instability brings about continuous and irreversible reactions between the anode and the organic electrolyte, resulting in electrolyte decomposition, which is accompanied by corrosion of the lithium metal anode,’ explains Jijing Xu of Jilin University in Changchun. An ionically-conductive ‘separator’ is usually included to protect the lithium, but nevertheless placing such a system – especially if it contains a flammable organic electrolyte – in a battery that must be open to the air poses serious safety concerns. 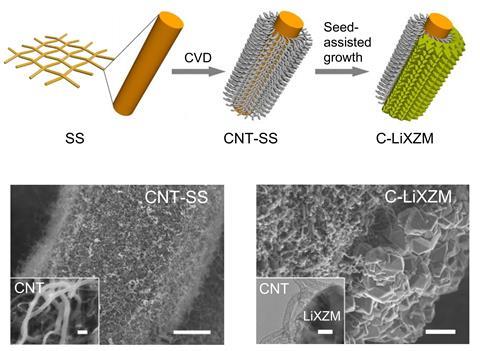 Researchers are therefore increasingly moving towards solid electrolytes. However, these present their own problems: for the battery to work efficiently, the electrolyte material must have high ionic conductivity, low electrical conductivity and maintain good contact with the lithium electrode to minimise contact resistance. Finally, it should not react with either the lithium or oxygen when cycled electrochemically. Finding such a material has proved tricky.

Xu and colleagues grew nitrogen-doped carbon nanotubes on stainless steel mesh by chemical vapour deposition to form their cathode. They then added a highly monocrystalline, 5μm-thick layer of a lithium-containing zeolite to act as the electrolyte. Finally, they cast molten lithium directly onto the back of this to form the anode. ‘This is the first integrated cathode/solid electrolyte/anode design for an lithium–air battery,’ explains Jihong Yu, also of Jilin University, who led the research alongside Xu. 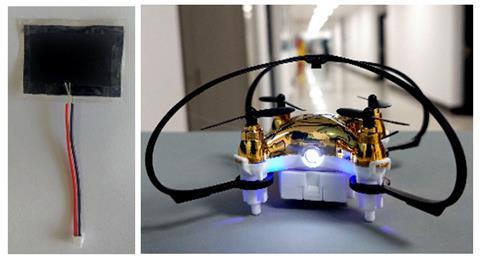 The researchers tested their product against multiple other types of lithium–air battery, finding it superior in several ways. Despite its thinness, the zeolite protected the metal anode from corrosion by oxygen for orders of magnitude longer than the standard commercial solid-state electrolyte and provided excellent electrical insulation, while being much more conductive of lithium ions. Whereas the cycling stability of many other types of solid-state lithium–air batteries began to deteriorate, sometimes after as few as 10 charge/discharge cycles, their battery performed at near maximum capacity for nearly 150 cycles. At this point, lithium carbonate – which is produced when lithium reacts with the carbon dioxide that forms in a side reaction – began to inactivate the cathode. This is a common problem in lithium–air batteries, explains Yu, as ‘the development of CO2 selective absorbing or blocking membranes on the surface of the cathode or the exploration and construction of more stable carbon-free cathodes are considered to be effective choices to alleviate the generation of lithium carbonate’. The researchers are now working to extend their zeolite membrane design beyond lithium–air batteries into other types of lithium battery, as well as sodium and magnesium batteries and beyond.

‘The progress on zeolite materials is exciting – there is no doubt about that,’ says Shirley Meng of University of California, San Diego. ‘In terms of battery performances, it is not possible for me to evaluate the progress because the reporting does not follow our common practice in the field. Regardless – I am glad to see that their team is working on one of the hardest problems in our field, and making good progress.’