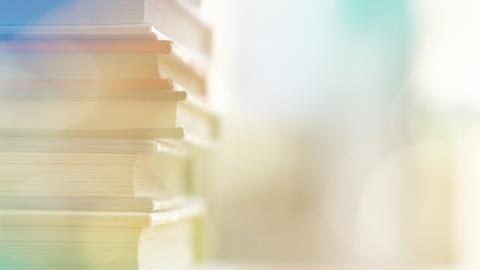 The classic nucleophilic aromatic substitution (SNAr) mechanism – described in all undergraduate textbooks as a two-step process – doesn’t apply to most molecules, US researchers have revealed.

The SNAr is one of the most widely used reactions in pharmaceutical research. Textbooks describe it as a stepwise addition–elimination sequence with a negatively charged intermediate, known as a Meisenheimer complex. Although evidence has been mounting against this mechanism, ‘this stepwise depiction persisted,’ says Eric Jacobsen from Harvard University who led the study. ‘I think that may be partly because the stepwise mechanism is so simple and easy to understand, and partly because the computational predictions lacked experimental support.’

‘I looked through all the traditional organic chemistry textbooks I have on my shelf and they all propose that the reaction goes through an intermediate,’ says organometallic chemist Elon Ison from North Carolina State University, US. ‘This paper shows that, in most cases, this is not true.’ The famed Meisenheimer complex is indeed an exception rather than the rule.

Jacobsen’s team studied reactions of three compounds with properties that would either stabilise or destabilise a Meisenheimer complex. Only in the case of a dinitrofluorobenzene – an electron-deficient aromatic ring, a poor leaving group and a strong nucleophile in the form or methoxide – did the researchers find evidence for an intermediate. A computational survey of another 120 SNAr reactions predicted 83% to proceed through a concerted mechanism.

‘This is a fabulous paper that captivated my attention,’ says organic chemist Jennifer Roizen from Duke University, US. ‘[It] changes the way I think about an everyday process – a reaction that has been part of my framework for thinking about organic chemistry for so long that I had ceased to think actively about its reaction mechanism. It had become a part of the scenery that I use teach undergraduates about our arrow-pushing world.’

Key to uncovering the mechanism were kinetic isotope measurements. Jacobsen’s team exploited an effect called heteronuclear coupling to monitor the carbon undergoing substitution by fluorine nuclear magnetic resonance. ‘Measuring heavy isotope effects is not trivial, and the paper provides what looks like a fairly easy way to study them – it goes beyond studying nucleophilic aromatic substitution,’ Ison says.

However, ‘[the researchers] didn’t talk about the fact that they were changing solvents,’ says Christopher Hadad who researches reactive intermediates at Ohio State University, US. Two reactions were done in dimethylformamide, one in methanol. ‘The more polar and the more protic a solvent is, the more the Meisenheimer intermediate will be stabilised,’ Hadad continues. Jacobsen says his team explored this possibility in their calculations, but ‘a bit to our surprise, we found that the overall mechanistic landscape was unchanged by adding explicit water ligands’.

While understanding mechanisms can help chemists improve and apply a reaction, Roizen says that overturning established knowledge also ‘reignites that sense of wonder and curiosity that drives me to want to know and learn more’. ‘I’m absolutely sure that there are mechanisms we think of in a traditional way that are probably not correct,’ Ison adds.