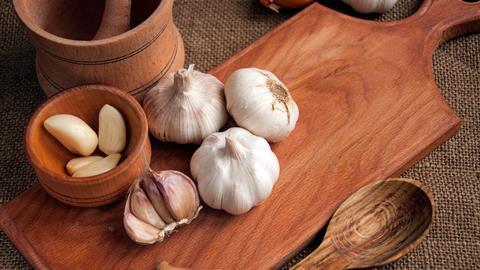 This week, Mike Freemantle on the aroma of freshly crushed garlic, and how the distinctive smell was supposed to help prevent disaster.

On Thursday 6th May 1937, the airship Hindenburg caught fire and crashed while attempting to moor at the naval base at Lakehurst, New Jersey. It had set out for the United States from Frankfurt, Germany, on 3rd May following a route along the English Channel and over the Atlantic. The fire completely destroyed the airship in less than 40 seconds. The inferno and burning wreckage killed 36 people and left many of the survivors badly injured.

To lift it into the air, the Hindenburg carried more than 200,000 cubic metres of highly flammable hydrogen gas in 16 gas cells. The original intention was to fill the cells with non-flammable helium, but an embargo on the export of the gas to Germany had prevented this. 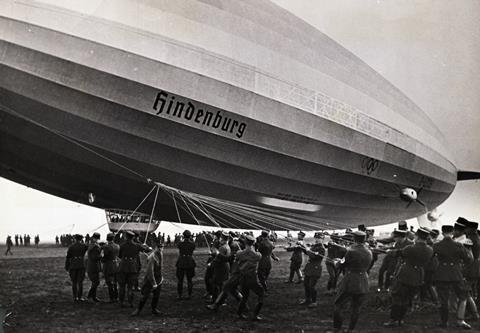 The fire is thought to have been caused by an electrostatic discharge, a spark, igniting gas that had leaked from one or more of the cells. Several reports indicate that the hydrogen, which is a colourless and odourless gas, was mixed with the odorant of crushed garlic to help the crew to detect any leaks. The crew were apparently not allowed garlic in their food on the trip. I’m not sure if that extended to the passengers who dined in luxury during the journey.

The addition of odorants to odourless gases to enable the detection of leaks is commonplace. These odorants are typically synthetic sulfur-containing organic compounds.

When it comes to making smelly organosulfur compounds naturally, the plant kingdom reigns supreme and garlic is one of its champions. In 2017, chemists at the University of Alabama in Huntsville in the USA published data on the chemical composition of oil distilled from Allium sativum, the species of garlic used extensively in our kitchens. They showed that more than 30 of the compounds in the oils were organosulfur compounds.

One, allicin, only occurred in trace quantities. It is, however, one of the major components of the smell of freshly chopped or crushed garlic. Diallyl thiosulfinate, as the compound is also called, has a pungent odour and taste. It is a yellow oily and volatile liquid at room temperature. Each molecule contains two carbon-carbon double bonds and a sulfur atom attached to a sulfoxide group.

The compound is formed when the tissue of a bulb of garlic, or one of its cloves, is disrupted by chewing, chopping or crushing. Garlic plants employ allicin as a defence compound to deter marauding insects, but the compound does not occur naturally in garlic bulbs. To make it, the plant relies on some fascinating chemistry.

The precursor in the cloves is alliin, a sulfoxide derivative of the amino acid cysteine. When pure, alliin is a white odourless crystalline compound. The cloves also contain an enzyme known as allinase. But garlic plants cleverly keep alliin and allinase apart in separate compartments inside its cloves. Disruption of a clove enables alliin and allinase to come into contact with one another and react to produce allicin.

Allicin, however, is unstable and quickly breaks down into other odorous organosulfur compounds. That is why you can only smell allicin in freshly chopped or crushed garlic. One of the most stable of its decomposition products is ajoene, a compound that contains disulfide and sulfoxide groups.

Allyl methyl sulfide is another compound formed when allicin decomposes. The compound is volatile but, unlike allicin, breaks down only slowly in the body. It can remain there for hours or even a day or two. The compound is excreted in sweat, urine and breath. It is the primary component of foul-smelling bad breath known as ‘garlic breath’.

In test tube studies, allicin has been shown to kill bacteria, fungi, and viruses. It also has other health-promoting properties. For example, it lowers blood pressure and cholesterol and can induce the death of certain types of cancer cells and inhibit their proliferation. 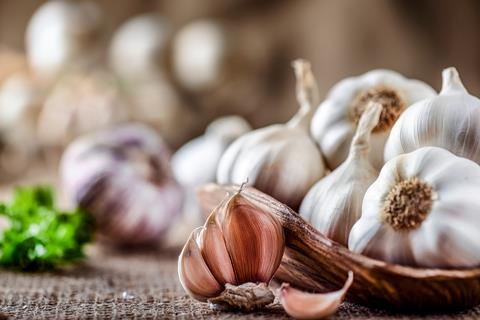 When freshly chopped or crushed garlic is consumed, the allicin that is generated rapidly metabolises in the body to form ajoene, allyl methyl sulfide and other organosulfur metabolites. However, the study of the compound in humans to test its therapeutic effects and health benefits as a food supplement has proved challenging. The main problems have been its chemical instability and volatility. These make the liquid difficult to isolate and study.

The garlic odorant added to the Hindenberg hydrogen probably only contained trace amounts of allicin. The predominant components were almost certainly a mixture of allicin’s odorous degradation products. Unfortunately, nobody on board reported smelling these organosulfur compounds. If they had done so, the disaster might have been prevented.

That was Mike Freemantle with allicin. Next week, Brian Clegg counteracts the garlic smell with a class of compounds that can help remove nasty odours.

Water softeners aren’t the only domestic use of zeolites – they also turn up in cat litter, where the zeolites’ adsorbent ability reduces odour, and in your laundry detergent.

Join Brian next time. Until then, email chemistryworld@rsc.org or tweet @chemistryworld if you have any suggestions of compounds to consider. Thanks for joining me, I’m Ben Valsler.