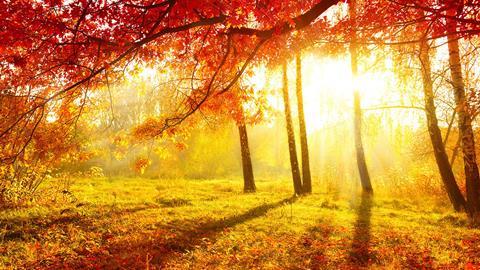 The pigments responsible for the rich colours of autumn leaves

When the weather turns cooler and the nights draw in, we can at least take solace in the incredible range of colours decorating our trees. Michael Freemantle notes how autumnal leaves have delighted and inspired…

The beauty of autumn foliage has captured the imagination of many English novelists and poets over the centuries. Charlotte Brontë, for example, in her novel Jane Eyre, refers to: ‘the congealed relics of autumn, russet leaves, swept by past winds in heaps, and now stiffened together.’ And Jane Austen writes in her novel Persuasion about: ‘the last smiles of the year upon the tawny leaves,’ and, ‘the thousand poetical descriptions extant of autumn.’

Austen may well have been thinking of lines from The Task by one of her favourite poets, William Cowper. In book one of his lengthy poem he writes of a diversity of trees: the ash, the lime, the beech, the long-surviving oak, and the sycamore that are ‘now green, now tawny, and ’ere autumn yet, have changed the woods, in scarlet honors bright.’ 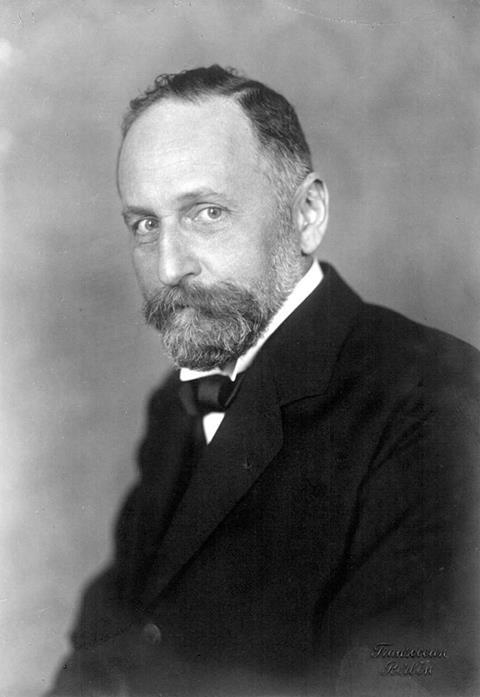 Richard Willstätter won the Nobel prize in Chemistry in 1915 for ’his researches on plant pigments, especially chlorophyll’

Brontë, Austen, Cowper, numerous other writers and artists, and indeed all of us can thank nature’s chemistry for the beauty of autumn. The naturally occurring chemicals that give rise to autumn colours include organic pigments such as the carotenoids that also give carrots and other plants their yellow and orange colours.

Anthocyanins, another group of pigments, are responsible for the reds and purples of autumn leaves. These pigments dissolve in water, forming dyes, and are ubiquitous in nature. Fruits and vegetables such as raspberries, blackberries, redcurrants and red cabbage are all rich in anthocyanins. The colours of these natural dyes, however, change with pH, generally from red at low pH to green at high pH. You might remember extracting anthocyanin dyes from vegetables and using them as crude pH indicators in school chemistry experiments.

The anthocyanin molecule has a skeleton consisting of two phenyl rings and a third ring with an oxygen hetero atom. The skeleton is bound to one or more sugars, typically glucose. Compounds with the same skeleton but without the sugars are also common plant pigments, called anthocyanidins.

Carotenoids are present, along with the green pigment chlorophyll, in the leaves of deciduous trees and shrubs in spring and summer. The anthocyanins, on the other hand, are only produced in autumn when the leaves contain an excess of plant sugars. During autumn, chlorophyll production slows down and stops. The chlorophyll decomposes allowing the colours of the carotenoids and anthocyanins to be unmasked in all their glory.

The colours of all these naturally occurring plant pigments arises from conjugated systems of alternating single and double carbon-carbon bonds in the molecules. Such colour-generating systems in molecules are known as chromophores.

‘Most of the anthocyanins can be traced back to only three closely related anthocyanidins: pelargonidin, cyanidin and delphinidin,’ observed German chemist Richard Willstätter in his Nobel lecture On plant pigments. Willstätter was director of the Kaiser Wilhelm tnstitute for chemistry at Dahlem in Berlin from 1912 to 1916. He won the 1915 Nobel prize in chemistry but, because of the first world war which lasted from 1914 to 1918, he was unable to deliver his lecture until 1920.

Cyanidin, he pointed out in the lecture, ‘appears in combination with two molecules of glucose, for example as a pigment of the rose, the cornflower and the poppy.’ The anthocyanin consisting of cyanidin and only one molecule of glucose is found in the aster and the chrysanthemum. Red geraniums and red grapes contain the anthocyanidins pelargonidin and delphinidin respectively.

At the end of his lecture, Willstätter reported that his students at the institute were planning to extend and complete their investigations into these pigments when the first world war broke out. He said: ‘The cultures in the flower-beds at Dahlem were neglected, and soon we were carrying baskets full of purple-red asters to the hospitals for the wounded soldiers.’

But perhaps we should leave the final words to the English poet John Keats. The first line of his poem Endymion reads: ‘A thing of beauty is a joy for ever.’  Keats died from tuberculosis at the age of 25 – yet his poems and the beauty of autumn leaves and flowers will inevitably live forever, and that, we should not forget, is thanks to nature’s chemistry.

Mike Freemantle on the anthocyanins – the compounds that contribute to autumn’s disctinctive colour pallet. Next week, Rowena Fletcher-Wood gets anxious…

You’re about to give the most important public speech of your life, to an audience of hundreds, including friends and colleagues. The stage is empty, all eyes on the podium waiting for you to start. Can you hear your heart racing? The beat of your pulse reverberating through you, your body trembling, and head throbbing away? For many, the fear of stepping out onto an open stage can lead to terrible anxiety, but luckily there’s a solution to it – a small tablet with a big history.

Join Rowena next week, if you think your nerves can take it. Until then, we’d like to know what compounds you would like to hear more about – email chemistryworld@rsc.org or tweet @ChemistryWorld. I’m Ben Valsler, thanks for joining me.