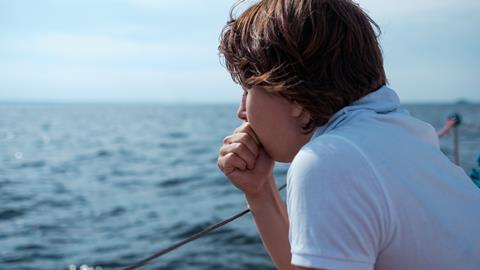 This week’s compound, presented by Neil Withers, may bring back some queasy memories of choppy sea voyages…

‘If by some chance, I were to be sick, where would you like me to try to aim?’

That was the question I queasily put to my future father-in-law, as we crossed the English Channel on his boat. We had set sail from the marina within the calm waters of Chichester harbour as the shadows lengthened and dusk was beginning. We were sailing at that time to catch the tide: it would carry us away from the English coastline and out towards France.

Sadly though, the wind was against us. So rather than hoisting the sail and slicing our way through the waves to the continent, we had to start the noisy diesel engine and chug along instead. 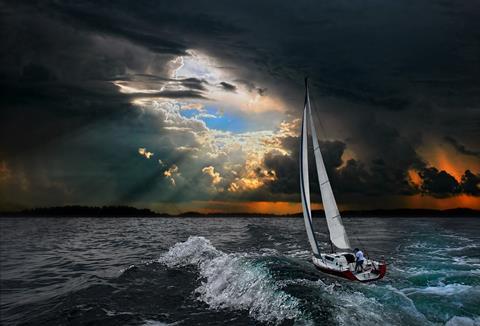 Any experienced sailors listening may now have identified where this story is going. The tide was taking the water away from the land, but the wind was trying to blow it back. Known as ‘wind over tide’ or ‘wind against tide’, this led to wave after wave heading straight for us.

As darkness fell that summer evening, a fog rose from the sea.

So there I was, sitting in the foggy darkness with the boat rising and falling. I had to go below to put a coat on as it was getting cold on deck.

And that’s when it hit me. Inside the cabin, my eyes were telling me everything was stationary. But my mechanisms of balance could tell that the boat was still pitching up and down violently. The result of that disconnect between eyes and inner ear was seasickness. I just about managed to get my coat on and back on deck, but that horrible feeling was now impossible to shake. 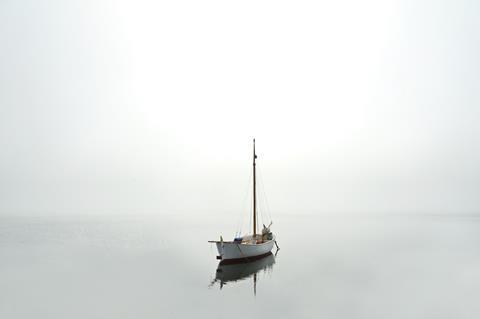 Back on deck, the fog and darkness were making it increasingly difficult to see the motion of the boat. I asked the question and not long after I was pretty nastily sick.

If only I had taken cinnarizine. Sold under the brand name stugeron in the UK, this is one of the most widely used anti-nausea motion sickness drugs. Cinnarizine works by altering how the tiny hair-like cells in the inner ear work, limiting how much of the information goes to the brain. This is enough to break the disconnect that causes motion sickness. The signalling is controlled by currents of calcium and potassium ions – cinnarizine binds to open calcium channels and can block potassium currents, calming the overactive cells. 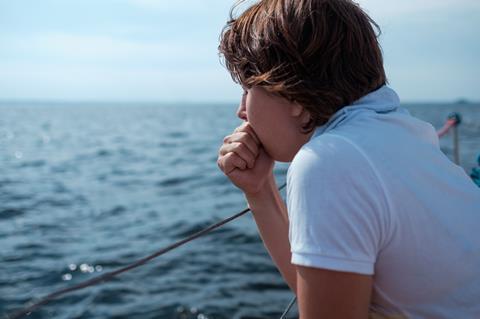 It’s vomit-preventing powers extend even beyond sea sickness, as it has been shown to help chemotherapy patients reduce their nausea when used in combination with the reflux-preventing drug metoclopramide and the anxiety medication lorazepam.

So why hadn’t I taken it? Well, as I now tell people, the world is divided into people who have had sea sickness and who just think that they don’t get it. Having never suffered from it before, I didn’t think I needed it. Plus, when I had taken some on another trip, I found it gave me an uncomfortably dry mouth and it felt as though I was chewing on cotton wool.

But at that point, violently retching onto the side of my in-law’s boat with no end in sight, I would have been quite happy to swap all that for just a dry-feeling mouth.

Neil Withers there, reliving an unpleasant memory to bring us the science of cinnarizine, possibly better known in the UK as stugeron. We’re staying out at sea next week with Hayley Bennett.

Whoever invented it, the wetsuit started to take off for O’Neill, now the name behind the well-known surf brand. By the late 1950s, O’Neill and another company, Body Glove, were publicly promoting their neoprene wetsuits to surfers.

Surf’s up with Hayley for next week’s podcast. Until then, give your board a good wax and let us know if there’s any compounds you’d like us to cover – email chemistryworld@rsc.org or tweet @chemistryworld. I’m Ben Valsler, thanks for joining me.