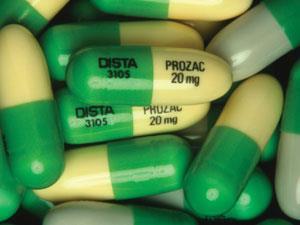 This week, we set the mood with some poetry.

I felt a funeral in my brain,
And mourners, to and fro,
Kept treading, treading, till it seemed
That sense was breaking through.

And when they all were seated,
A service like a drum
Kept beating, beating, till I thought
My mind was going numb.

And then I heard them lift a box,
And creak across my soul
With those same boots of lead,
Then space began to toll.

As all the heavens were a bell,
And Being but an ear,
And I, and silence, some strange race,
Wrecked, solitary, here.

And then a plank in reason, broke,
And I dropped down and down
And hit a world at every plunge,
And finished knowing — then.

The 19th century American poet Emily Dickinson could well have been writing about depression from her own experience; sadly there were no medicines to treat it. It is only since the second world war that antidepressant molecules have been available. The effects of amphetamines on mood had been discovered in the 1930s. They were widely used during the second world war to improve alertness, and their use (and abuse) continued afterwards; into the 1960s medicines like Drinamyl (a combination of dextroamphetamine and Amobarbital) were seen as innocuous medications, which they were not. 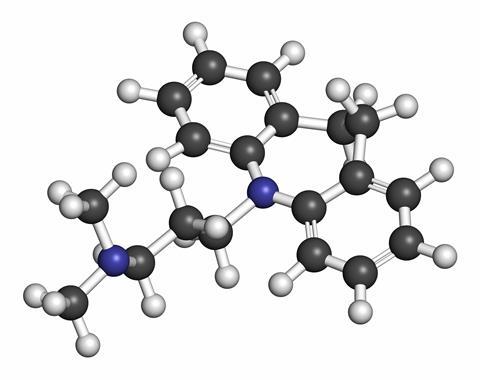 The first specific antidepressants were hit upon accidentally. A drug named imipramine which was unsuccessful as a treatment for schizophrenics proved ideal for people suffering from depression. It came to the market in 1958 as Tofranil and was rapidly followed by other molecules with similar structures based on three rings of atoms, they became known as tricyclic antidepressants or TCAs. A second class of drug became known as monoamine-oxidase inhibitors, or MAOIs. The first of these, iproniazid, had proved unsuccessful in the treatment of tuberculosis, but it was noticed that patients given it exhibited much improved moods. Both these drugs were successful in treating many cases of depression, but both suffered from side-effects. We can understand why if we know how neurons communicate.

A neuron, an excitable cell, is separated from other neurons by tiny gaps called synapses. Neurons communicate with neighbours by releasing neurotransmitter molecules into the synapse, which diffuse to receptors on the receiving neuron and pass on their message. Neurons have specialist transporter proteins that allow them to reabsorb neurotransmitter molecules from the synapse, this stops the signal (as well as reusing the messenger molecules): a mechanism known as reuptake. The human body uses several neurotransmitters, including serotonin, dopamine, norepinephrine, epinephrine (adrenalin), acetylcholine and histamine. Antidepressants work by blocking reuptake of neurotransmitters, so that their concentration in the synapse increases and this seems to relieve depression.

TCAs can have many side effects, including a dry mouth, blurred vision, constipation and weight gain, as well as possible effects upon cardiac tissue. This is thought to be due to the fact that they interfere with several neurotransmitters. MAOIs have one especially well-known side-effect. Their full name is monoamine oxidase inhibitors, they inhibit the liver enzymes that break down monoamines – many neurotransmitters are amines. This meant that for someone on MAOIs who was also consuming certain cheeses or certain yeast-derived drinks, the concentrations of amines like tyramine could rise to a dangerous level, leading to a lethal increase in blood pressure. 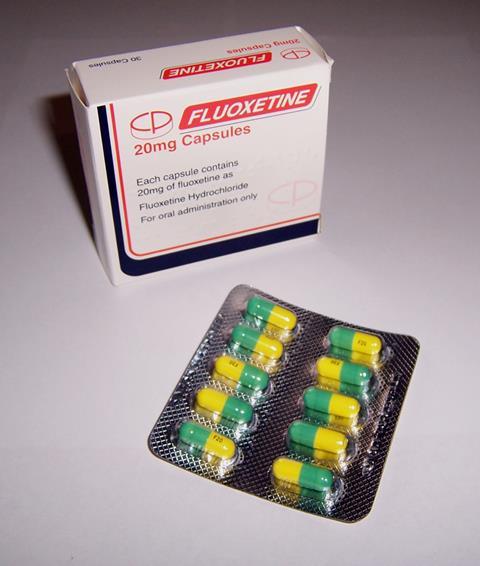 And then came Prozac, followed by other drugs with a similar action, like Zoloft and Paxil, which are selective serotonin reuptake inhibitors, SSRIs. Because they only target serotonin receptors, they have many fewer side effects. Introduced by Eli Lilly in 1988, within two years Prozac became the most prescribed antidepressant in the world. Prozac came to be seen as a wonder drug, on account of the lack of side effects, and contributed to the partial destigmatisation of mental illness. Perhaps more than any other chemical, it became a commonplace in book titles, such as Listening to Prozac by Peter Kramer and Talking Back to Prozac by Peter Breggin. At the age of 26, Elizabeth Wurtzel published her autobiography, Prozac Nation, whose sub-title Young and Depressed in America: A Memoir, indicates her own battle with depression.

Enthusiasm for Prozac and other SSRIs has now become more muted, signalled by more books with titles like Joseph Glenmullen’s Prozac Backlash and David Seymour’s The Prozac Conspiracy. Recent surveys of the results of trials of antidepressants indicate that antidepressants are very useful treatments for patients with severe or moderate depression, but in the case of patients with mild depression such treatment may be unnecessary, as other options like talk therapy and cognitive behavioural therapy may be equally effective.

It is vital that the correct treatment is found for each patient. Depression is no joke, and its treatment deserves to be taken very seriously.

Birmingham University’s Simon Cotton, with the mood-altering chemistry of Prozac. Next week, have you brushed your teeth?

There are few compounds with such a range of associations as fluorides. To some, these compounds of the halogen fluorine bring to mind healthy teeth, but for others, terms like fluoride and fluoridation suggest a terrible danger to health.

Brian Clegg reveals more in next week’s Chemistry in its Element. Until then, thank you for listening, I’m Meera Senthilingam.