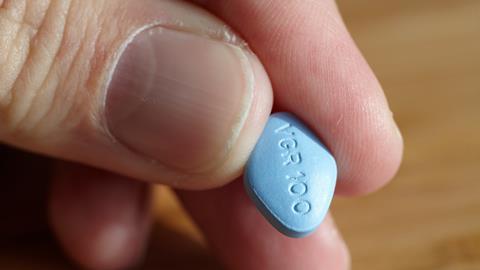 This week, Kat Arney takes a long, hard look at the story behind those famous little blue pills.

The picturesque town of Sandwich on the Kent coast may seem an unlikely setting for the discovery of what is arguably the world’s most famous drug but it was here, in the labs of pharma company Pfizer, that the story started. Back in the 1980s, a team of medicinal chemists were working on ideas for new drugs to treat angina – a condition that causes narrowing of the blood vessels that supply the heart. Their target was phosphodiesterase 5 (known as PDE5), an enzyme in blood vessel muscles that breaks down cyclic GMP, a small biological molecule. 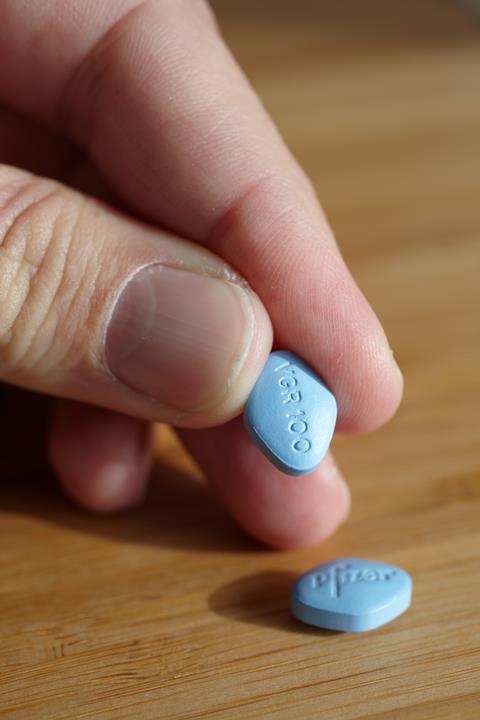 Cyclic GMP normally causes muscles to relax, so the idea was that blocking PDE5 would increase cyclic GMP levels, dilating blood vessels and letting more of the red stuff flow through. The top candidate was a chemical first synthesised in 1989 known as UK92480: a potent and highly selective blocker of PDE5 that could be given in tablet form. Early trials showed that UK92480 did have small effects on blood vessels in healthy volunteers, which was promising. So far, so good – and the Pfizer team were getting pretty excited about their discovery.

But then things took a downward turn. Trials showed that UK92480 didn’t stay in the body very long, and it also boosted the impact of common nitrate-based angina medications, causing blood pressure to drop dangerously low. Alas, the promising new drug was starting to look like a disappointing flop. But then the researchers noticed something a little strange in the data coming back from their trials – men taking the drug were reporting an increased number of unusual, but not entirely unwanted side effects: erections.

Intrigued, the Pfizer team took a closer look, investigating samples of penile tissue in the lab to find out how the drug was exerting its effect. And although UK92480 didn’t seem to do much for the blood vessels supplying the heart, it caused impressive relaxation of the blood vessels in the penis, known as the corpus cavernosum, helping it to fill up with blood and rise to the occasion. 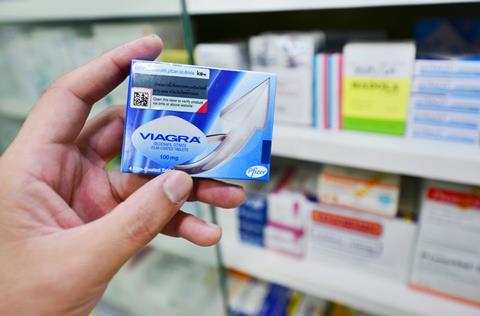 Further trials proved the drug’s effectiveness in men with a wide range of conditions responsible for erectile dysfunction, including diabetes and spinal injuries, and by 1997 Pfizer had enough firm evidence to apply for a licence to market UK92480, which by now had been renamed as sildenafil citrate – or Viagra, as it’s better known. The little blue diamond-shaped pills became an overnight success, and more than 1.8 billion tablets have been prescribed to more than 35 million grateful lovers all over the world, making Viagra the fastest-selling drug of all time.

As well as being used for bedroom Olympics, there are reports of athletes taking Viagra in the hope it will increase blood flow to their muscles and improve sporting performance, although it’s not been proven to be effective. However, in 2007 a team of Argentinian researchers did show that administration of Viagra can help to reset the body clocks of hamsters – which are reliant on levels of cyclic GMP – leading to suggestions that the drug could be a useful way to reduce jet lag. Or, alternatively, it might give you something to do if you can’t sleep after a long flight.

There’s an interesting footnote to this tall tale. Although Viagra is now known the world over as a love drug rather than a failed angina treatment, new research suggests that it might actually be beneficial for diseases of the heart as well as affairs of the heart. Rather than popping an occasional pill, continuous administration of Viagra or other PDE5 inhibitors seems to have a protective effect against some types of heart disease for a wide range of patients – including in the relatively small numbers of women that have been included in studies so far. And just in case you’re wondering about any eyebrow-raising side effects of continuously taking Viagra, it only has an erectile effect when you’re in the mood for love.

Kat Arney with the drug that changed email spam forever. Next week, Mike Freemantle explores the link between sweeteners and contamination.

According to some environmental scientists, non-nutritive artificial sweeteners, such as acesulfame-K, are beginning to emerge as contaminants in environmental waters, public swimming pools and spas.

Join Mike next week to find out more. Until then, get in touch with any comments or suggestions – email chemistryworld@rsc.org or tweet @chemistryworld. I’m Ben Valsler, thanks for listening.