12
Why biocatalysis is so on trend
Health technology

Why biocatalysis is so on trend

Biocatalysis has been around for a long time. In fact, it was probably the first type of multi-step chemical reaction humans ever carried out, over 9000 years ago. But seeing as the product of that particular reaction was beer, that’s hardly surprising. Lab coat or mammoth hide, scientists never change. What does change is how the pharmaceutical industry uses biocatalysis. 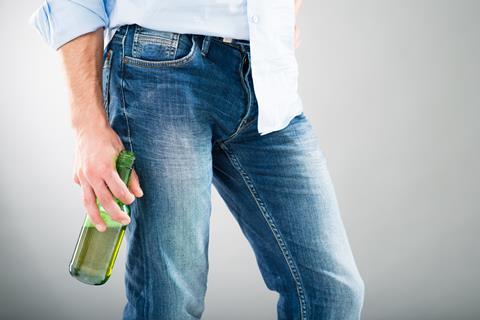 While fermentation technology was used in key drug developments in the past, such as the production of penicillin in 1941, for most of the 20th century the industry favoured transition metal catalysts and the profitable mining that uncovered them. It’s only in the last 20 years or so that synthetic labs have come around to the B-word. And you can see why it took so long. Natural enzymes tended to be unstable in industrial conditions, they would frequently give low yields and there just weren’t many of them kicking about. But technology soon caught up. Thanks to incredible advancements in gene engineering and enzyme evolution, the once plucky underdogs of the chemical catalyst world were now new and improved and here to stay. So it wasn’t long before biocatalysis was welcomed with open arms across the whole pharmaceutical industry, and beyond into the realms of detergents and garment processing. Want to rock that Fonzie-esque worn jeans look? Now that cellulase enzymes are used for denim treatment, biocatalysis has got you covered.

So now enzymes such as lipases, proteases, esterases are the pre-eminent catalysts of choice for crucial reactions. But this is just the beginning. With other enzymes becoming more and more familiar with industry professionals, the money is beginning to trickle down to investment. And it’s never been a better time to take a stake in the biocatalysis business.

Here are three ways biocatalysis is so vogue:

In 2000, US President Bill Clinton gave a speech in the White House to announce the completion of the first ‘rough draft’ of the human genome. Thanks to the monumental efforts of the Human Genome Project, the world was in a frenzy to find out what medical wonders could be gleamed from the code of life itself, and the president’s address was no less fervent: ‘Genome science will have a real impact on all our lives – and even more, on the lives of our children. It will revolutionise the diagnosis, prevention and treatment of most, if not all, human diseases.’

But as rousing as Clinton’s speech was, it was delivered in the time of the floppy disk and boyband NSYNC. Progress in all areas was going to be needed. However, now that these advancements have arrived in the form of greater computational power, more research data and wearable technology, it appears the dawn of personalised medicine is just around the corner. And biocatalysis can help us get there.

Due to the variation in our genetic makeup, some people are unfortunately predisposed to metabolise drugs differently, reducing the efficacy of the drugs or causing toxic metabolites to accumulate in their bodies. And on the other side of things, some people metabolise drugs so quickly their pills never have a chance to be effective. These wretched consequences of being born have a name: side effects. But with the advent of personalised medicine, side effects could one day go the way of polio. Using biological enzymes to break down drugs into their metabolites, companies such as Zymtronix – a biocatalysis company spun out of Cornell University in the US – can then place these smaller products inside model cells, to test for adverse reactions. From brain cells to muscle cells, these researchers are already beginning to note the toxic effects of drugs that have been available over the counter for years.

‘We focused on this [toxicology screening] because we realised that there is a need in the industry to better understand what are the metabolites that can act on different components of the body,’ says Stéphane Corgié, founder and chief executive of Zymtronix.

‘One thing that people don’t realise is that we’re all different and drugs interact with us very differently depending on our age, where we’re from and our background. So being better at predicting the variation inside the population is one of the ways of better understanding how the drug should be applied to the population and what would be the risk factors.’

So one day soon we could all be living in a world free of the ‘one-size-fits-all’ approach to healthcare; a future world where patients’ genomes are fully sequenced at birth to find out which drugs they may have an adverse reaction to. And just like their nature would suggest, biocatalysts are helping us get there faster.

It might be a misquote from 2001: A Space Odyssey, but it’s also an ominous line that we’re getting closer and closer to hearing in our chemical laboratories – if they employ someone called Dave. The original quote is from the scene where Hal, an artificial intelligence (AI), refuses to obey its human master; and (despite it being 2018 and not 2001) scientists and international bodies are beginning to prepare for such an eventuality. Physicist Stephen Hawking has already warned a number of times that AI could eventually replace humanity, and the chief executive of Tesla, Elon Musk, has claimed that there’s only a 10% chance of making AI safe.

We stand on the edge of the fourth and most exciting phase: AI-assisted biocatalysis

But potential armageddon aside, what can this revolutionary tool offer drug manufacture and biocatalysis? In two words: speed and efficiency.

Biocatalysis has moved through three distinct phases over the past century. The first, back in the 1920s, revolved around using naturally occurring biocatalysts to bring about transformations. In the 1980s, the second phase brought with it early protein engineering techniques that could expand the substrates of biocatalysis to non-natural compounds. The third, in this century, optimised biocatalysis further using directed evolution, fully introducing the field into industry. And now we stand on the edge of the fourth and most exciting phase: AI-assisted biocatalysis.

With the help of advanced robotics, the computational power of high-throughput screening can be increased to previously unthought-of levels. In fact, enzyme developer companies like Codexis are already investing in technology that can predict the ordering of amino acid protein sequencing. Additionally, with new predictive models to understand how enzymes are organised, a lab worker could consider a new enzyme’s uses before it’s even been created, which could vastly shorten the timescale of drug development, getting drugs to market far sooner. With the added benefit of enabling companies to create new proteins that hit higher performance targets than ever thought possible, this advancing technology is certain to drive biocatalysis in drug manufacturing for the foreseeable future. 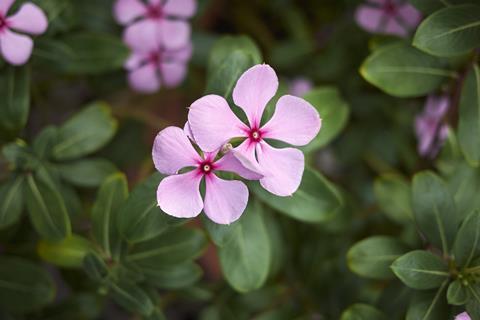 The Madagascar periwinkle is an exquisite little flower with pink petals that wouldn’t look out of a place in a bridal bouquet. But it can also do something your average rose or daisy can’t. It fights cancer.

Vinblastine, a chemotherapy drug isolated from the plant, has helped increase the chances of surviving childhood leukaemia from 10% to 95%. That’s one flower, responsible for saving thousands of children from early deaths. A phenomenal pharmaceutical success story that might just bring a radical idea into a biocatalysis researcher’s head: Where’s my nearest florist?

And wonder they might, because our present understanding of biological enzymes used in pharmaceuticals is based overwhelmingly on lab studies of pure cultures. But there’s a good reason: 99% of environmental microbes can’t be cultivated in the lab using routine techniques. Like a picky child agonising over their broccoli soup, enzymes can be very picky. Their environmental requirements are just too bespoke. So, knowing that the next blockbuster biocatalyst could be hiding in their local garden centre – and it’s not happy leaving – what can researchers do?

What any good researcher should always do: go to the library!

With the advent of highly efficient DNA sequencing technology, the plants, fungi and microbes that produce priceless biocatalysts can now be recorded on site and be entered into metagenomic DNA libraries. It’s these ever-growing databases that are only going to become more crucial in the future of biocatalysis and drug discovery. Only last year, researchers identified 80 new carboxylesterase enzymes using data that had been sourced from Mediterranean islands, a Canadian paper mill and a German composting plant.1

Thanks to this globetrotting science, enzymes with the potential to revolutionise biocatalytic processes by increasing regioselectivity, yield and cost-efficiency could be identified, retrofitted and reproduced all with the original sample still sitting halfway around the world. Now that’s globalisation.

ZymtronixOur technology allows for greater control over your biocatalysts, while guaranteeing no loss in activity. It is our mission to help you make your biocatalysis work.