I was very happy to hear about this year’s Nobel prize in chemistry (and not just for the self-supporting reason that it went to three accomplished chemists!) No, I think that the award for ‘click’ chemistry is a useful illustration of some good research attitudes and a few bad ones. 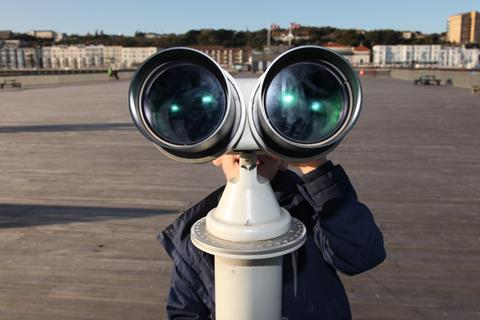 Organic chemistry can lend itself to short-sightedness and focus on the immediate, rather than looking up and seeing the beauty of what might be

Now that the Nobel has cast its glow, it may become harder to remember the reception that the original click chemistry publication from Sharpless and co-workers received from other synthetic organic chemists. Many found it interesting and some found it downright exciting, but there were large numbers who were indifferent or worse. I heard several such comments at the time, along the lines of: ‘Well sure, there are some reactions that go faster and cleaner than others – this is supposed to be news?’ Even when the copper-catalysed azide–alkyne cycloaddition emerged as an example of a real-world click coupling, there were still many eyes rolling at what all this was supposed to signify.

Click chemistry was a pure tool, a gizmo, a piece of technology. The point was that you could take almost any two molecules and splice them together quickly, easily, and irreversibly.

After all, who cared about 1,2,3-triazoles anyway? They weren’t a popular motif in drug candidates or natural products. Why would anyone care about a faster way to make the things? Of course, people read the rationales about modular synthesis and the potential to connect all sorts of molecular species. But for many, such applications seemed distant and ill-defined. What were all these things that were going to be connected through this chemistry, and why exactly would anyone want to connect them? Even if you stipulated such a need, why wouldn’t you just use a good old amide coupling for the job? How could you get much easier than that?

To me, this was short-sighted stuff. But if we’re going to be honest about it, organic synthesis can easily promote short-sightedness. You have such a clear goal: make this molecule, this one right here, drawn on this screen or on the glass of this fume cupboard. You can see every atom, every bond and where everything is supposed to be, and thanks to modern analytical chemistry you will be absolutely sure when you’ve made it and when you haven’t. Once you’ve done that, well, there will be another one to make, won’t there? Perhaps you’ll move on to another multiyear effort on another complex natural product, or perhaps you’ll just make another variation in the drug-candidate series where a fluorine atom is moved over one position or a single methyl group is added. But there’s always another molecule.

For many, the applications seemed distant and ill-defined. What were all these things that were going to be connected through this chemistry, and why exactly would anyone want to connect them?

You know just why you’re making those molecules, too. They might be intermediates in a big total synthesis, analogues for drug testing, or demonstrations of the scope of a new reaction. But in almost every case, it’s making those particular structures that is the point of the effort. It’s natural (and often necessary) to just keep your head down and make them, dealing with the problem at hand and with the compounds in front of you. But viewing click chemistry from that angle made it harder to see its impact and its potential.

That’s because it was a pure tool, a gizmo, a piece of technology. The triazoles themselves weren’t the point. The point was that you could take two molecules – almost any two molecules, with all sorts of stuff hanging off them – and splice them together quickly, easily, and irreversibly, using only two second-tier functional groups that (to be honest) no one had too much use for otherwise. That lack of utility was a strength – neither azides nor alkynes would go around reacting with much else, and that went for all sorts of compounds in all sorts of solvents, and even biomolecules inside living cells. Imaginations found uses for those properties, and not only (or even mainly) in organic synthesis itself. Analytical chemistry, materials science, and chemical biology took up click chemistry and have never looked back.