In this months podcast, we discuss Ebola and malaria vaccines in the pipeline, the history of peer review, and managing the mountain of chemical data 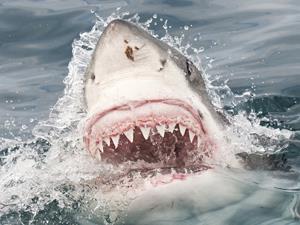 1.08 – A Phase III trial for a candidate Ebola vaccine has shown extremely encouraging results in Guinea, demonstrating complete protection for all those who were vaccinated. Researchers are hopeful it will put an end to the current outbreak and help to control future epidemics. – Vaccine raises hopes of an end to Ebola

5.00 – After decades of research, a malaria vaccine has finally been given the green light by a regulatory agency. But with limited efficacy and questions over the vaccine’s cost, its future remains unclear. – Malaria vaccine approval first marred by efficacy question mark

7.27 – The seemingly innocuous phrase ‘peer review’ can evoke some strong emotional responses. For its proponents, it is one of the cornerstones of science, acting as a quality assurance system that helps maintain scientific standards and integrity. But its opponents claim it fails to achieve these objectives and wastes vast amounts of time and money for no obvious benefit. Historian Aileen Fyfe explains how peer review came into existence and why is the scientific community so reliant on it today. – Who reviews the reviews?

14.05 – New research by scientists in Germany has uncovered a curious difference between present-day shark teeth and those of their prehistoric relatives. Although the tooth structure of extinct sharks, like the giant Megalodon, was remarkably similar to great whites and other modern-day sharks, the material they were made from bore a closer resemblance to dinosaur teeth and hints that this change in composition might be down to a dramatic environmental change. – Mineral analysis surveys shark smile evolution

16.18 – A new milestone has been passed on the way to redefining the kilogram in terms of Planck’s constant by 2018. Research teams from Italy, Japan and Germany have correlated two of the most precise measurements of Avogadro’s number to obtain one average value whose relative uncertainty is less than 2 x 10-8, equivalent to 20 atoms per billion, the agreed threshold of uncertainty. – Refining Avogadro’s number on way to new kilo

19.57 – The ‘data mountain’ in chemistry is growing ever taller. It is difficult to work out exactly how much chemical data is out there. Anne Hersey, coordinator of the open access ChEMBL explains how we are beginning to turn this problem into an opportunity. – Exploiting the data mine

26.35 – As the Philae lander bounced across comet 67P/Churyumov–Gerasimenko’s surface in November last year, two chemical instruments were able to take tentative – but intriguingly contradictory – sniffs of its environment. Those mass spectrometry measurements provide compositional details important for deciphering the origins of life on Earth, a key aim of the Rosetta mission that carried Philae. But while the cometary sampling and composition (COSAC) instrument detected 16 organic molecules1, half of which contain nitrogen atoms, Ptolemy reports very low concentrations of nitrogen-containing compounds2. – Philae poses comet chemistry conundrum

29.02 – Stinking foods including the world’s smelliest fruit – the durian – could soon have their undesirable odours eliminated during storage and transport thanks to cheap packaging made from composite films of zeolite and nanocellulose. These films can adsorb the gas molecules responsible for their smell and the Swedish researchers behind the work think the material could also be incorporated into clothing to remove unwanted odours. – Zeolite packaging to fight durian fruit stench