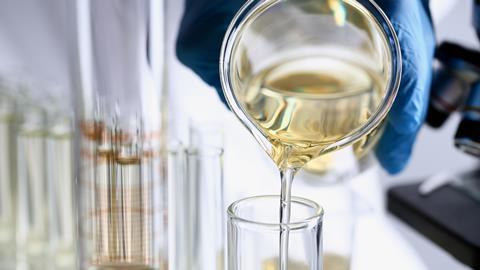 Liquid salts, ionic melts, fused salts, or ionic glasses – call them what you like, these much-hyped solvents show great promise

This week, Katrina Krämer investigates what she calls ‘some of the most fascinating liquids on the planet’, a set of solvents in a class of their own.

Solvents often get sidelined in chemistry. While the choice of solvent does matter hugely, there seem to be no clear-cut rules on why a reaction sometimes works better in one solvent than another. I can say from experience that searching for the perfect solvent through seemingly endless screening is not something many chemists enjoy. So I was surprised to discover that a class of solvents was once voted the ‘British innovation most likely to shape the 21st century’ in a nationwide poll run by science museums and learned societies, sharing the honour with things like the Higgs boson, 3D-printed organs and the Raspberry Pi computer.

But the compounds that won the vote aren’t just any old solvent; they’re probably some of the most fascinating liquids on the planet, not made from individual atoms, but entirely from anions and cations. That means these liquids are essentially salts, and that – at least according to high school science textbooks – means they should form nice solid lattice structures, not be liquid at room temperature. Enter ionic liquids. Here’s Jason Bara, a professor of chemical engineering at the University of Alabama.

Sodium chloride can be an ionic liquid if you get it hot enough. But I guess the modern definition is organic salts that melt below 100 degrees Celsius. And then after that, it kind of became salts that melt below room temperature, so then those are the ones that got really a lot of interest over the last 20 years or something like that is the ones that are liquids at room temperature. 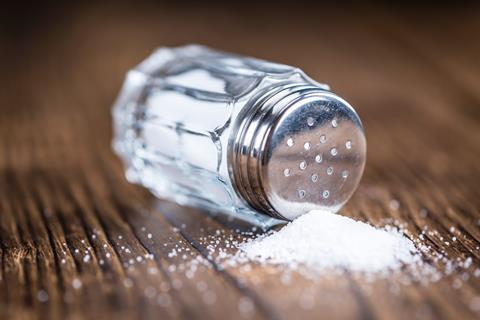 So in a sense, ionic liquids are nothing more than molten salts. But when you think of ‘salts’, you might think of ‘sodium chloride’ and it’s ridiculous 800°C melting point. A new description was needed – and the phrase ‘ionic liquid’ was born. Other names include liquid salts, ionic melts, fused salts, or, if you want to be particularly elegant, ionic glasses.

The most common ionic liquids are made up of an organic cation, usually an alkylated amine, and an inorganic anion, often a borate, sulfate or phosphate. The reason they’re liquid? Simple sterics.

So they don’t pack well, right? So they’re really big and bulky, and the charges are delocalized. So even though we think of it as like a cation and an anion, it’s so big, and the charges spread out, they have a hard time packing, so the only thing they can do is then become the liquid because we’re not going to be a gas, and they can’t be a solid. 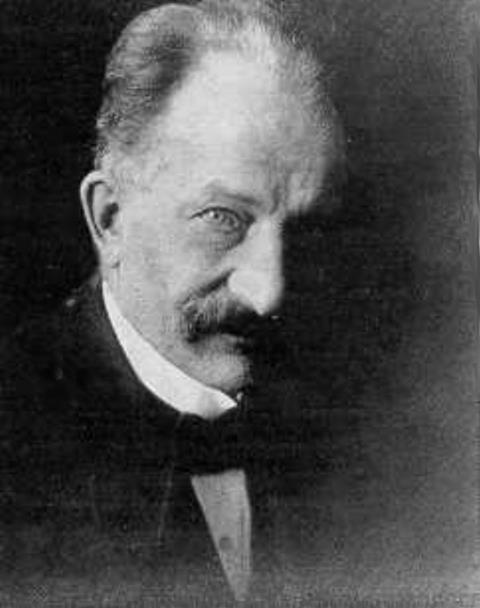 It’s not clear who made the first true ionic liquid. The concept might have been known even prior to 1900. But in 1914, Russian–Latvian–German chemist Paul Walden found ethylammonium nitrate, a salt with a melting point of only 12°C. Walden was studying the relationship between electric conductivity and molecular size in molten salts and was simply looking for something with a low enough melting point to not burn through his testing equipment. But in his study, written in the stoic manner of early 20th century science, Walden didn’t seem particularly excited or interested in ethylammonium nitrate’s record low melting point.

Walden’s discovery went mostly unnoticed for several decades. In 1951, a team of US researchers found that mixing certain salts – ethylpyridinium bromide and aluminium chloride – produced something that was liquid at room temperature. In fact, its melting point is incredibly low – the mixture doesn’t solidify until it reaches −40°C – and so people started to take interest.

Ionic liquid research began to build momentum in the 1970s and 80s, when organometallic chemists got involved and investigated their potential as solvents for reactions. Nevertheless, the field remained relatively obscure into the 1990s. Imperial College London chemist Tom Welton recalls that when he went to one of the first international meetings on the topic in 1985 it was attended by almost everyone in the world who studied ionic liquids – and you could fit them all in a single room.

The field (metaphorically speaking) exploded in the early 2000s. Suddenly, the super-solvents were all the rage, finding applications as a battery electrolyte, a lubricant and in synthesis, both as a solvent and as a reagent. Scientists even proposed building a giant spinning dish of silver-coated ionic liquid on the moon, where it could serve as an extremely large diameter liquid-mirror telescope.

All this excitement also started to attract the attention of chemists in industry. Ionic liquids can be combined in at least a million different anion–cation combinations to fine-tune properties like viscosity and hydrophobicity. And, unlike most conventional solvents, they are essentially non-volatile. In fact, their vapour pressure is so low that chemists initially thought that they couldn’t be distilled – it turns out they can be, but you need quite a high temperature and a really good vacuum pump.

In 2002, chemical manufacturer BASF introduced a new process for producing photoinitiators, called the Basil process (nothing to do with the herb, it’s an acronym for ‘biphasic acid scavenging utilising ionic liquids’). The process uses an ionic liquid precursor to capture an acid that’s produced as a byproduct in an esterification. This creates an ionic liquid that separates itself from the rest of the reaction mixture. A tertiary amine can do the same job, but as it soaks up the acid it creates a thick sludge that is very hard to remove. The ionic liquid, on the other hand, is a nice clear fluid that can not only be easily removed but also recycled to recover the precursor. This process was so groundbreaking that it won the European Chemical News Innovation for Growth Award in 2004.

Since then, ionic liquids have seen applications in a number of industrial processes, from clothes recycling – they’re used to dissolve cotton fibres – to offering safer storage of dangerous gases like phosphine or arsine. However, despite their advantages, the initial hype around ionic liquids has waned. It looks unlikely that ionic liquids will replace conventional solvents any time soon, simply because they’re so expensive.

So is there a way to use less ionic liquid while preserving its unique properties? Bara thinks so. His team is working on anchoring small amounts of ionic liquid inside porous polymers to make materials that can capture carbon dioxide. 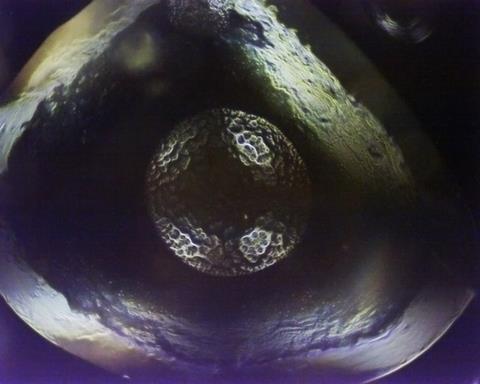 I was always really interested in polymers, so I started thinking about how we can apply ionic liquids to polymer systems. And we weren’t the first people to do it, but were the first people to apply it to CO2. Ionic liquids have some really interesting interactions with polymers in that they will stick. So if my polymer is charged, and I put an ionic liquid in it, the ionic liquid will stick to the polymer, and you can’t just squeeze it out like you would a sponge. So if I take polystyrene and I mix in an ionic liquid, either it’s not going to mix or it’s going to mix a little bit. If you put pressure on it, the ionic liquid can be squeezed out. But if you have a charged polymer and you have an ionic liquid, then there’s a lot of force holding them together.

And so what we’ve done is you can use the ionic liquids to order polymers. So it’s not just a random soup at the molecular level. What we’re doing is we’re using charged polymer, which has very similar functionality to the ionic liquid, we add ionic liquid to that and what we get are structural changes. The ionic liquid gets between the polymer chains, and organises it into something very porous and open, such that you can make, ideally, a hole that CO2 will fit through, but that hole is too small for methane, or nitrogen to fit through. So that’s the big dream there, to make these ordered, flexible polymers using charged polymers and ionic liquids together.

Bara and his team are using standard polymers like polyimides to host ionic liquids, but have also been functionalising ultra high performance materials like Kevlar to make them compatible with ionic liquids. The dream, Bara says, is to develop a material that can capture carbon dioxide where it is produced, for example in coal-fired power plants.

Certainly there’s been a lot of hype. And I think people have gotten a little bit disenchanted with them to some degree, but there’s still a lot of cool opportunities for them. I think we just have to stop thinking about using them on a massive scale, that it’s more something if the less you can use to get what you want, the better. We’re not going to replace just chemicals that we know like methanol, solvents, things like that with ionic liquids directly.

Although these super-solvents might not replace the conventional kind anytime soon, ionic liquids still hold some surprises and chemists, engineers and materials scientists keep finding new ways to make use of their exceptional properties.

That was Katrina Krämer speaking with Jason Bara from the University of Alabama about ionic liquids. Next week, the simple compound that powers a huge feat of endurance.

At 21 miles across, the average swim takes around 14 hours in water no more than 18 degrees Celsius. Only around 2000 people have ever actually made the crossing successfully; far fewer than have reached the summit of Everest. Of course, such a gruelling undertaking must be fuelled by an efficient, high-power energy source.

Join materials scientist Anna Ploszajski next time to discover the chemical that saw her swim the English channel. And until then, get in touch with any questions, comments or compounds for our consideration, email chemistryworld@rsc.org or tweet @chemistryworld. You’ll find all of our podcasts at chemistryworld.com/podcasts, as well as on iTunes, Spotify or wherever else you go for your podcast listening pleasure. Thank you for listening, I’m Ben Valsler.