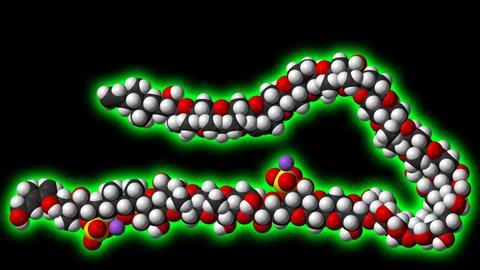 A giant marine toxin with a total synthesis story to tell

Total synthesis – making molecules from simple precursors without using a biological system like yeast – is a complex affair. You need to be a detective, an architect and you need a fondness for enormous 3-dimensional jigsaw puzzles. But get it right and you can rapidly produce a valuable compound that’s limited in its availability in the wild. This week Katrina Kramer looks at a truly gargantuan total synthesis task – making maitotoxin. 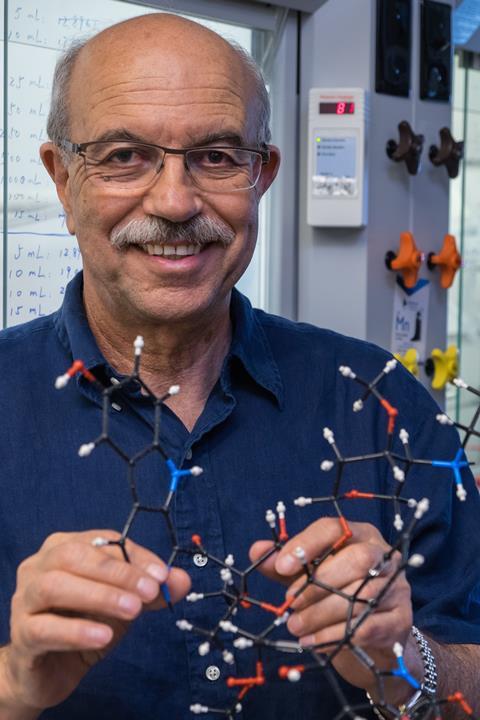 K.C. Nicolaou holds a model of shishijimicin A

Chemist Kyriacos Costa ‘KC’ Nicolaou is known for two things: unusual colour choices and making seemingly impossible molecules. KC prefers to depict his molecular structures in searing fluorescent green or yellow on jet-black canvas. This gives the complex natural products that feature prominently in KC’s research portfolio a striking, almost shocking appearance. But even when displayed in plain black-and-white, the structures KC and his team have tackled over the years are striking indeed: there’s the classic total synthesis target taxol or the enormous last-resort antibiotic vancomycin.

One of their most ambitious and fascinating projects, however, may well be the synthesis of maitotoxin. This is a giant of a molecule, comprising 32 rings and a whopping 98 stereocentres. As the largest natural product that is neither a protein nor a sugar nor any other kind of polymer, it contains mostly fused six-, seven- and eight-membered cyclic ethers – a synthetic chemist’s nightmare. Constructing – let alone reading out – its systematic Iupac name has never even been attempted.

The molecule known as shishijimicin A, discovered more than a decade ago in a marine animal known as a sea squirt and found to be highly toxic to cancer cells, has been synthesized by the Rice University laboratory of chemist K.C. Nicolaou.

If that wasn’t enough, maitotoxin is also one of the most lethal non-protein toxins. Less than one nanogram is enough to kill a mouse. The molecule messes with the body’s calcium channels, which are important for muscle contraction, neuron excitation and hormone release – all things that really shouldn’t be messed with. 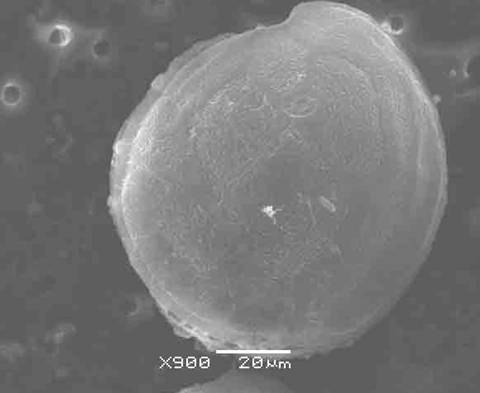 It’s astonishing that this enormous and highly toxic molecule is made by one of the smallest organisms: the marine plankton Gambierdiscus toxicus. Exactly why Gambierdiscus produces this potent compound isn’t entirely clear – it certainly doesn’t prevent it from being eaten. Coral reef fish living on a plankton diet are mostly unaffected by the toxin.

However, maitotoxin accumulates in tissue and is then passed through the food chain. People that consume contaminated fish can suffer from ciguatera fish poisoning, an illness that, although rarely deadly, can cause a number of unpleasant symptoms: from vomiting and headaches to cardiovascular problems and loss of muscle control. In some cases, neurological effects such as vertigo, hallucinations and allodynia – unusual pain responses – become apparent only a few days after eating contaminated fish. Some people even develop chronic symptoms that have sometimes been mistaken for signs of multiple sclerosis.

Despite all of this, KC’s team set out to do the seemingly impossible: a total synthesis of maitotoxin. The team had recently finished the synthesis of brevetoxin, a cousin of maitotoxin, though tiny in comparison with only 11 rings and 23 stereocentres. Synthesising brevetoxin took a mere 123 steps, so how hard could maitotoxin be?

Within the first year, the KC group had managed some steps towards the giant molecule, although the first three fragments contained only three rings each. However, after this initial success the maitotoxin project was largely abandoned. It would be ten years later that a structural dispute re-awakened KC’s interest.

Andrew Gallimore and Jonathan Spencer had published a paper arguing that maitotoxin’s established stereochemistry might be incorrect. The two Cambridge chemists were investigating the compound’s biosynthesis, and their hypothesis on the precursors and pathways led them to propose a structure that was slightly different from the previously reported one. Of course, KC’s team couldn’t let this stand. They tackled the five-ring fragment in question and proved Spencer and Gallimore wrong.

While making the first fragments, KC and colleagues discovered that, perhaps fortunately for the chemists, maitotoxin’s potent toxicity is only present in the whole molecule. Finding out what makes the whole compound – but not parts of it – so deadly could lead to new treatments for Alzheimer’s and other neurodegenerative diseases. But Gambierdiscus only produces tiny amounts of the toxin, not enough for extensive biological testing. As is the case with many rare natural products, scientists have to first come up with a synthetic route before they can start investigating a compound’s properties in depth.

Between 2007 and 2011, KC’s team completed three more maitotoxin fragments, the largest containing nine rings. In 2014 they synthesised the fourth and final part, an 11-ring fragment, leaving them just two rings and two side-chains away from completing the giant molecule. Despite being tantalisingly close, things don’t look good for finishing maitotoxin’s total synthesis. Funding for the project was discontinued, despite the compound’s intriguing biological properties.

Even if the synthesis will never be completed, those that worked on maitotoxin over the last two decades learned more than just a little about practical chemistry, synthesis planning, patience and perseverance. In a 2014 interview, KC praised his team’s determination and courage in tackling such a seemingly impossible task.

That was Katrina Kramer with the story of maitotoxin and the attempts to make it from scratch. Next week on Chemistry in its element, Kat Arney returns with the tree sap that saved transatlantic telecommunications.

The first transatlantic cable, connected in 1858, was truly revolutionary and paved the way for the interconnected, global world we live in today -– and it was only possible thanks to the thousands of miles of gutta-percha encasing the metal core.

Join Kat next week to find out more. Until then, let me know if there are any compounds you would like us to cover – email chemistryworld@rsc.org or tweet @chemistryworld. I’m Ben Valsler, thanks for joining me.