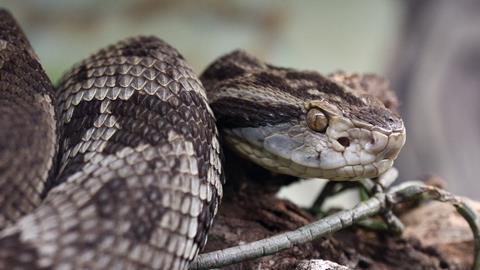 How a Brazilian scientist’s knowledge of viper venom led to the discovery of a whole class of medication for high blood pressure. With Mike Freemantle

This week, Mike Freemantle is feeling the pressure…

When you get to a certain age, conversations often turn to health. ‘How are you?’ you ask. The reply may well be: ‘I’m fine, except for my high blood pressure.’ This is often a cue to exchange notes on the drugs you are taking to treat the condition.

Several classes of medication are employed to treat hypertension, but it is quite likely that the two of you are taking an ACE inhibitor such as ramipril. ACE stands for angiotensin converting enzyme, a metalloenzyme that contains a zinc ion. 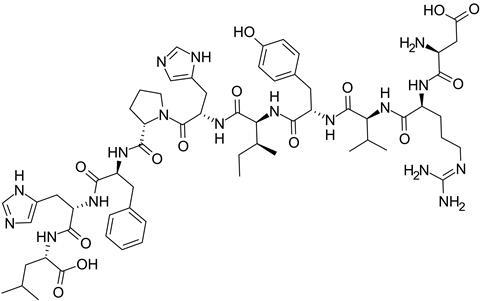 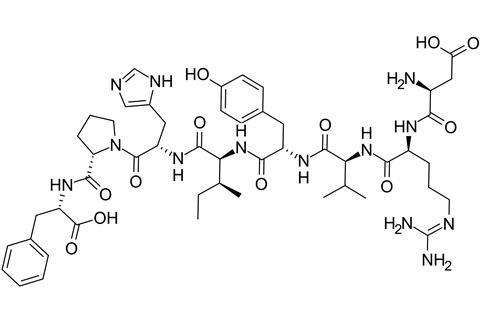 Inhibition of the enzyme therefore blocks the formation of angiotensin II and also boosts the retention of bradykinin in the body. As a result, blood vessels relax and widen. This makes it easier for the heart to pump blood around the body. 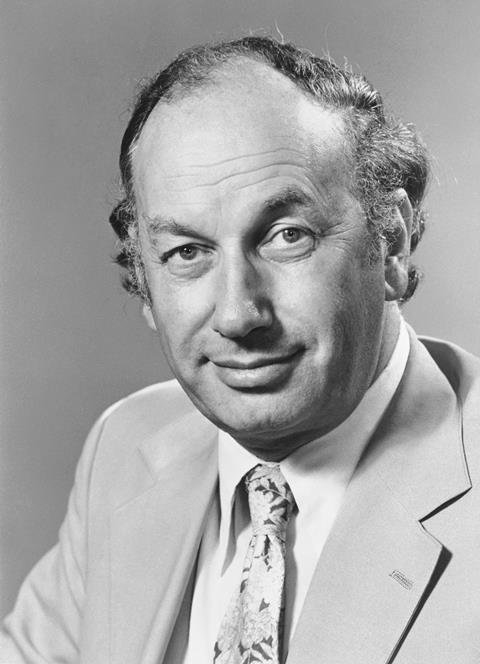 The development of compounds that inhibit the enzyme has an intriguing history. In 1964, Sergio Ferreira, a Brazilian pharmacologist at the University of São Paolo, travelled to London to carry out post-doctoral research with John Vane, a pharmacologist at the Royal College of Surgeons. Vane won the 1982 Nobel prize in physiology and medicine for discoveries concerning biologically active substances such as bradykinin.

Ferreira had previously shown that partially purified venom of the snake Bothrops jararaca increased the potency of bradykinin eight to tenfold. The snake is a species of pit viper with distinct zig-zag markings, and is endemic to Brazil and some other South American countries.

Ferreira, Vane and others subsequently carried out research revealing that it was peptides in the venom that inhibited the angiotensin converting enzyme and therefore raised bradykinin levels and prevented the formation of angiotensin II. The most active of these proved to be teprotide, a peptide consisting of a chain of nine amino acids. 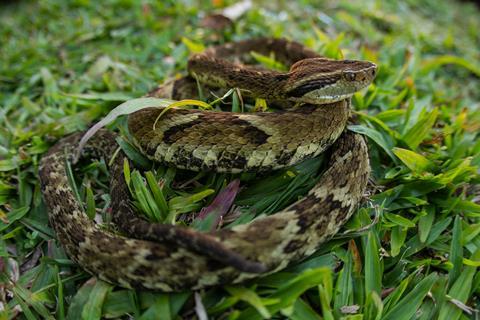 Unfortunately teprotide was not particularly active as an antihypertensive drug when taken orally. In the early 1970s, scientists at the American pharmaceutical company Squibb tested some 2,000 compounds that might mimic the ACE inhibitor activity of teprotide. They eventually came up with the organic compound captopril. Squibb launched the drug in 1981. The drug has a short half-life in the body and so has to be taken two or three times a day. Other pharmaceutical companies soon raced to develop longer acting ACE inhibitors that could be taken in lower dosages and had fewer adverse side effects.

Ramipril was synthesized by chemists at the German chemical firm Hoechst. It was patented in 1981 and approved as a prescription drug eight years later. The white crystalline organic compound is a precursor drug with a complicated structure that includes an ethyl ester group and a carboxylic acid group. It is usually taken orally in a single capsule once daily. When it gets to the liver, the enzyme carboxylesterase cleaves the ester group to create another carboxylic acid group. 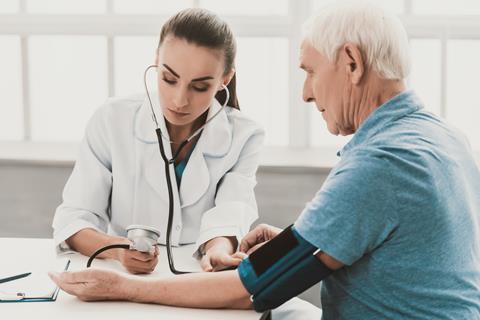 The resulting di-acid metabolite, known as ramiprilat, is the active form of the drug. This works as a metal-chelating agent. The two carboxylic acid groups bind to ACE’s zinc ion thus blocking the enzyme’s catalytic activity. Ramprilat has an almost 50 times greater affinity for the enzyme than captopril.

Ramipril, like all ACE inhibitors, has adverse side reactions. Common side effects listed on the information leaflet inside a pack of the capsules include headaches, dizziness, dry tickly cough, skin rash, chest pain and muscle pain or cramps.

Hypertension affects more than one billion people throughout the world, according to some estimates. If left untreated, it can lead to heart disease, heart failure, strokes, and other diseases. But for those of us taking ramipril or another ACE inhibitor, we can thank a deadly species of South American pit viper for helping us to lower our blood pressure.

That was Mike Freemantle with ramipril. Next week, Enna Guadalupe reels in the most common cause of marine food poisoning

As the seafood industry continues to boom, experts warn consumers to be careful of the fish that they are consuming. Some are advising not eating the internal organs of fish, as these contain higher doses of the toxins, while others suggest avoiding seafood all together.

Join Enna next time. Until then we’d like to hear your suggestions for compounds to consider – email chemistryworld@rsc.org or tweet @chemistryworld. I’m Ben Valsler, thanks for joining me.