The UK has adopted the world’s first subscription payment model for two new antibiotics. The National Health Service will pay Pfizer and Shionogi up to £10 million a year for ten years for them, regardless of how many doses are administered to patients. 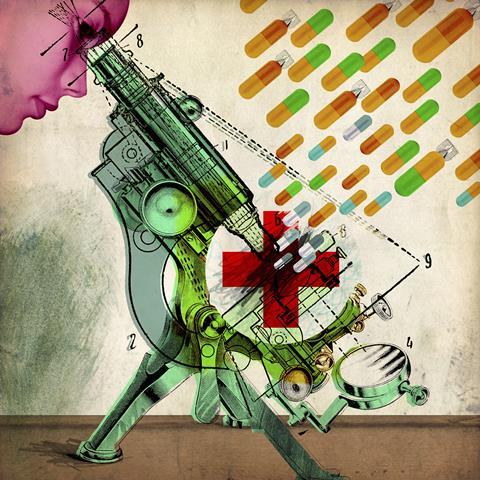 Progress in discovering and developing new antibiotics is slow and patchy, as firms see minimal returns from drugs that are deliberately used as little as possible

The payment scheme aims to provide financial incentives for firms to develop new antimicrobials. The new drugs, Fetroja (cefiderocol) and Zavicefta (ceftazidime-avibactam), will only be given to patients with severe drug-resistant infections who would otherwise have no or limited treatment options. This is according to the National Institute for Health and Care Excellent (Nice), whose assessment of the drugs’ value for money underpinned the decision.

A UK review programme between 2014 and 2016, led by economist Jim O’Neill, predicted that there could be 300 million premature deaths by 2050 and $100 trillion lost to the global economy due to antimicrobial resistance (AMR), and highlighted the need to encourage the supply of new drugs.

Meanwhile, the number of truly novel antimicrobial treatments has dwindled over time, with only 16% of antibiotics (7 out of 43) in the pipeline considered as novel, according to a 2022 report from Boston Consulting Group (BCG). Cefiderocol and ceftazidime are both extensions of the well-established family of cephalosporin antibiotics, for example. The most effective antibiotics also get held in reserve, to try and minimise resistance in bacteria.

This undercuts financial incentives to develop new antibiotics. They are administered to a small number of patients, for relatively short periods of time, so revenues for companies are limited. This has led healthcare providers to explore new models to incentivise development.

New drugs are certainly needed. ‘One in four patients treated with an antibiotic are resistant to that first treatment,’ says Colin Garner, chief executive of Antibiotic Research UK, a charity focused on antibiotics and AMR he set up in 2014. ‘There are 1.5 million patients with UTIs [urinary tract infections] who had to get hospital treatment because they didn’t respond to oral drugs from general practice.’ Fetroja is approved to treat complicated UTIs and multidrug resistant Gram-negative bacteria. Zavicefta is recommended for complicated UTIs, abdominal infections and bacterial pneumonia. Both are delivered intravenously.

Deaths caused by or associated with AMR, especially from sepsis and pneumonia, are undercounted in the UK and elsewhere, Garner adds. A systematic analysis published in the Lancet estimates that there were 4.95 million deaths associated with bacterial AMR in 2019, with six pathogen species accounting for 3.57 million of those.

There have been advances in funding antibiotic R&D, such as by the global non-profit CARB-X (Combatting Antibiotic-Resistant Bacteria Biopharmaceutical Accelerator). Much of this support has focused on early-stage development, however. ‘Where a lot of the strain is, at the moment, is in clinical development, which is expensive and still very risky,’ says Ulrik Schulze at Boston Consulting Group. ‘There are limited financial incentives to develop a new antibiotic. We’ve seen quite a few biotech companies struggle financially, or go out of business.’

This impacts not just development, but availability. ‘Even in Europe, you have situations where these medicines are simply not available. The cost of registering a product is more than the small market supports,’ notes Schulze.

Zavicefta also contains avibactam, which blocks the bacterial beta-lactamase enzyme that provides some bacteria with resistance to penicillin- and cephalosporin-derived drugs by rapidly breaking them down

The UK is the first country to adopt the subscription model. This provides long-term funding to antibiotic developers, decouples revenues from volumes sold and can support best in class drugs, not just first to market, the BCG report notes. ‘It is a significant step in the right direction,’ says Schulze. ‘I’m hopeful this will inspire other governments to do something similar.’

Success will require other countries to join in, especially in Europe and North America. The US is considering the Pasteur (Pioneering Antimicrobial Subscriptions to End Upsurging Resistance) Act, which, similar to the UK’s model, would provide federal payments to companies that develop antibiotics. It has received support from the Infectious Diseases Society of America.

The UK contributes around 3% of world Gross Domestic Product (GDP), so its cap of £10 million per year per antibiotic, if followed by G7 nations (representing about 60% of world GDP), would amount to £200 million or globally around £330 million a year or £2–3 billion over a decade. Those figures, says Schulze, are in line with the minimum incentive to make a difference. ‘It is a good start, provided other nations follow suit,’ he adds, but also represents an important signal to the market.

Garner believes this can be part of the solution, but he also views positively the rewarding of patent extensions to antibiotic developers on existing blockbuster drugs. ‘This isn’t relying on government funding, though we all would pay for it as consumers,’ he notes.

There will ‘probably be different approaches, in different parts of the globe,’ predicts Garner, ‘but in the end all of them could provide the funds for pharmaceutical companies to restart their antibiotic drug development programmes.’