What makes food sweet? How do we protect against food alteration? New e-paper, and possible treatment for ebola

0.45 – As the five-year anniversary of the worst oil spill in US history passes, many important questions remain unanswered. The ecological damage caused by the spill is still being quantified and the effects of the widespread use of dispersants are still hotly debated. But despite the vast amount of oil spilled into the Gulf of Mexico, there are hopeful signs that the region’s ecosystem is bouncing back from the disaster. – Emerging from Deepwater 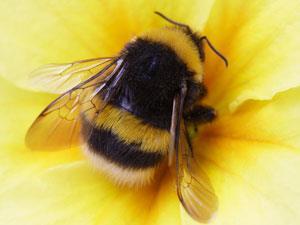 6.08 – Food chemist Gabriella Morini  from the University of Gastronomic Sciences in Pollenzo, Italy explains how we perceive sweetness and bitterness in food, and how this sense can be affected. – Natural non-caloric sweeteners

14.12 – Chemists in the US have turned received wisdom on its head by using floppy, linear polymers to construct a rigid, crystalline, three-dimensional metal–organic framework (MOF). The finding opens the way to the evolution of a new class of polymer–MOF hybrid materials that can exploit the chemical and physical versatility of the polymer component to introduce new properties into the structure. – Floppy polymer defies convention to form rigid framework

16.55 – Liz Moran of Public Analyst Scientific Services in Norwich, explains how we combat adulteration of food. She discusses the horse meat scandal, and adulteration of baby milk in China – Fighting food fraud UK

22.44 – The first laboratory trial demonstrating the effectiveness of an experimental drug against the strain of Ebola currently ravaging West Africa has been performed in rhesus monkeys. The treatment is a modified version of a drug developed against an earlier strain of Ebola. The researchers say that, as the modifications necessary to alter the drug are relatively straightforward, the treatment could be adapted quickly for use against future strains of the virus. – SiRNA treatment cures Ebola in monkeys

25.12 – For decades it was one of the most popular children’s toys: an erasable screen on which you can draw or write with a magnetic pen. Now the idea behind the Magna Doodle has been given a new lease of life by scientists in Japan, who have created an electronic-paper version that could be used as a large interactive display for classrooms. – E-paper display draws on child’s toy