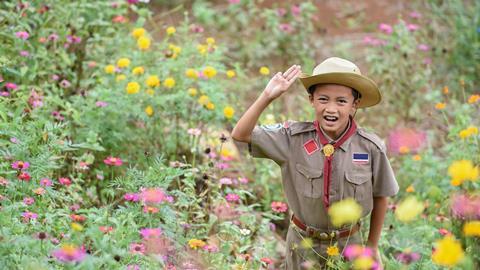 This week, Kat Arney tells the story of a truly international effort to develop new drugs for cancer, and the female researcher whose key role often goes overlooked.

The Madagascar periwinkle, also known as the rosy periwinkle or Catharanthus roseus, is a pretty plant, with five-petalled flowers that come in a range of hues from bright white or rich red to shocking pinks and purples. But there’s more to these attractive garden plants than their appearance – they are also the source of powerful cancer drugs. 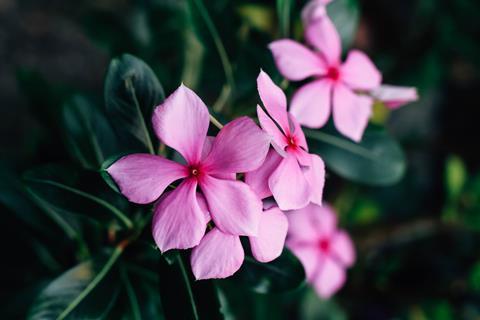 The indigenous people of Madagascar were the first to figure out the periwinkle’s medicinal properties, initially using extracts of the plant to treat diabetes. But the plants have been used all over the world for ailments ranging from eye infections and eczema to malaria, high blood pressure and wasp stings.

The story of their use in conventional medicine starts in the 1950s in the lab of James Collip – one of the Canadian researchers in Toronto who first purified insulin for clinical trials in the 1920s. Collip’s team, including a postdoc named Robert Noble, were investigating the properties of traditional herbal remedies in the hope of finding new oral drugs for diabetes. CD Johnston, a black surgeon working in Jamaica who had trained in Canada, told them about a tea made from periwinkle leaves, which was traditionally used for controlling diabetes, and sent them a sample of the plant for testing. Unfortunately, feeding the tea to rats had no effect on their blood sugar or hormone levels. Rather than giving up, Noble decided to inject periwinkle extracts into the animals instead, just to see what happened. Curiously, they all developed nasty infected abscesses – so what on Earth was going on?

It’s here that Polish-born scientist and Holocaust survivor Halina Czajkowski-Robinson comes into the story. A chemical engineer by training, she worked in a cancer research lab at the prestigious Karoliska Institute in Sweden after World War II and then ended up as a laboratory technician in Collip’s lab when her family moved to Canada. Supervised by Noble, it was her job to measure the blood glucose levels in the rats after they’d had the periwinkle tea. But she was also curious to apply a technique she’d learned in Sweden – looking at the numbers of infection-fighting white blood cells.

When the experiments moved on to injections, Czajkowski-Robinson noticed that the animals’ white blood cell counts had plummeted, suggesting that they were being killed off by the plant extract. This piqued Noble’s interest as a potential treatment for leukaemia and lymphoma – blood and bone marrow cancers resulting from an over-proliferation of white blood cells.

The next step was to isolate the active ingredient in the plants. Czajkowski-Robinson had already recommended that the team try a technique called chromatography to purify the compound, but it wasn’t until a chemist called Charles Beer joined the lab in 1954 that it was actually done. Beer discovered a chemical he called vincaleukoblastine, quickly shortened to vinblastine, and the team started to test it on cancers in animals. Their experiments were hampered by a shortage of periwinkle leaves, solved by calling upon Johnston in Jamaica who organised troops of boy scouts to collect the plants in the local forest for shipping back to Ontario. 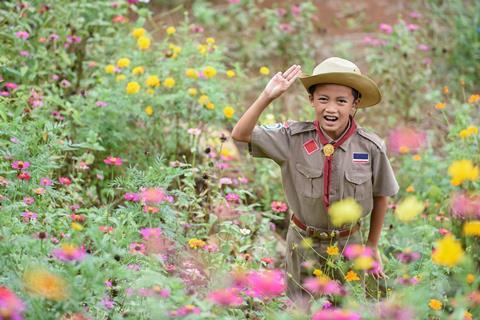 Around the same time, scientists working at the drug company Eli Lilly were also searching for new drugs in the leaves of periwinkle plants. Their much larger-scale brute force screening technique turned up another promising candidate that they named vincristine. These chemicals are collectively referred to as vinca alkaloids, after the plant’s original Latin name Vinca rosea.

Early clinical trials of vinca alkaloids began in the late 1950s, showing that although the two drugs have nearly identical molecular structures, they work on very different tumour types: vinblastine works best on Hodgkin lymphoma and advanced testicular or breast cancer, while vincristine is mainly used to treat acute leukemia and other lymphomas.

Further research showed that they work by binding to tubulin – one of the components of the internal ‘scaffolding’ inside cells, or cytoskeleton, which plays a vital role in cell division. Interfering with the cytoskeleton stops fast-growing cancer cells in their tracks, preventing cell division and halting tumour growth.

Both drugs are still in use for treating cancer today, usually in combination with other chemotherapy agents. A couple more vinca alkaloids have come on the scene since the sixties including vinorelbine, used to treat lung cancer and advanced breast cancer, and vinflunine for advanced bladder cancer.

Although vinca alkaloids have an important place in the chemotherapy armoury, they aren’t that simple to produce. For example, manufacturers have to start with around 500 kilograms of periwinkle leaves to make just one gram of vinblastine. In search of ways to improve the process, scientists have been busy searching for the genes encoding the enzymes responsible for producing vinca alkaloids, putting them into yeast cells that can be grown in large quantities to produce precursor chemicals, which are then converted into active drugs.

The fact that they’ve been around for so long and been so well-studied makes the vinca alkaloids among the most commonly-used anticancer drugs in the world today, although they come with some pretty unpleasant side effects including nerve damage, anaemia, vomiting, diarrhoea and even heart problems. Scientists are now working on better ways to deliver vinca drugs directly to tumours – for example, by trapping them inside little molecular ‘bags’ called liposomes or by adding various chemical tags to make them less toxic. 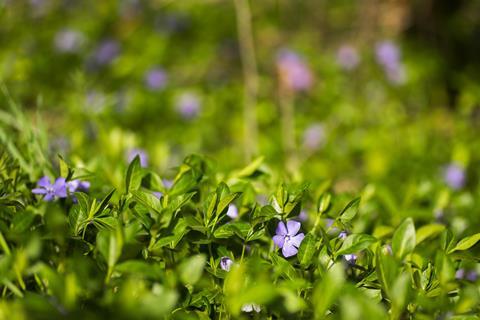 Finally, a footnote about Halina Czajkowski-Robinson, whose contribution to the story of vinblastine has gone largely unrecognised, even by the men she worked with. She left Collip and Noble’s lab in 1955 to take up a position directing the paediatric research laboratories at the War Memorial Children's Hospital in London, Ontario, where she remained until her retirement in 1976. Her lab notebook ended up with Collip but has since gone missing. Noble even mis-spelled her name, referring to her as ‘Helena’ in the acknowledgements of his 1958 paper about vinblastine – as a mere lab technician, she was never included as an author. When asked by science historian Jacalyn Duffin whether she thought Noble had forgotten her because she was a female technician, Czajkowski-Robinson reportedly hesitated at first and then laughed saying, ’I wouldn't be surprised. I wouldn't be surprised.’

‘Waiter, this wine is corked!’ might be a phrase you’ve heard on TV or film before, but how many of us know what corked wine really is? One of the two main causes of a wine being contaminated with cork taint is the chemical 2,4,6-trichloroanisole, or TCA for short.

Pour yourself a glass and join Louise in next week’s Chemistry in its element. Until then, get in touch with any suggestions for compounds we should take a look at. Email chemistryworld@rsc.org or tweet @chemistryworld. I’m Ben Valsler, thanks for joining me.