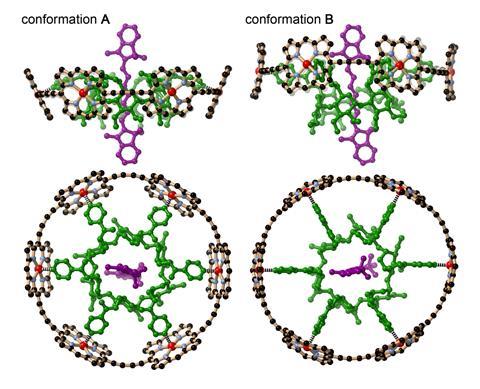 Purple bacteria can convert light energy into chemical energy (reduction potential) without running into the complications that plague plants and ultimately result in the production of oxygen. One of their remarkable features is the fact that they absorb light of much longer wavelength than other photosynthetic systems or solar cells. These simpler bacterial systems could help to develop novel, biomimetic ways of using solar energy.

The 1988 chemistry Nobel prize was awarded to Johann Deisenhofer, Robert Huber and Hartmut Michel for the determination of the three-dimensional structure of the photosynthetic reaction centre of the purple bacterium Blastochloris viridis. But it took another three decades to add the crucial functional context, a triple ring of light-harvesting proteins.1

These structures clarify how the energy of photons caught by a wheel of chlorophyll molecules is passed to the reaction centre at the hub. Here, the photon’s energy is used to reduce a quinone, which eventually results in a charge separation across the inner cell membrane. This charge separation is then used to generate energy in the form of ATP.

Inspired by this functional architecture, the group of Harry Anderson at the University of Oxford, UK, produced a simpler supramolecular wheel to mimic nature’s design.2 The researchers threaded a cyanine dye through a cyclodextrin ring made up of glucose units that serves as the hub of their wheel structure. Spokes attach each sugar unit to the outer rim made of six zinc porphyrin complexes. ‘The cyanine dye rotaxane component was quite difficult to synthesise, but when it was mixed with the light-harvesting porphyrin nanoring, the components immediately assembled into the desired structure in quantitative yield,’ Anderson explains. 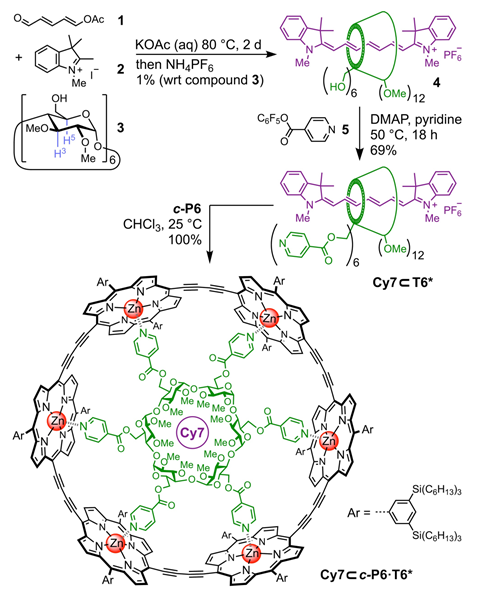 Experiments showed that light absorption by the central chromophore leads to efficient energy transfer to the periphery. Theoretical modelling by the group of Martin Plenio at the University of Ulm, Germany, revealed the mechanism of the energy transfer. The synthetic light-harvesting centre is similar to that found in purple bacteria, where the energy is transferred from the periphery to the centre – despite it being quicker to move energy from the core outward.

Neil Hunter, at the University of Sheffield, welcomed the advance, commenting that ‘this elegant study in bioinspired supramolecular chemistry shows the way forward for designing and fabricating new materials for harvesting and storing solar energy’.