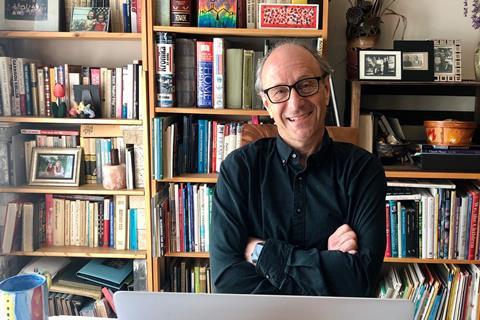 It’s an odd time for Dave Berkowitz, whose work at the University of Nebraska–Lincoln sits at the interface of synthetic organic chemistry and enzymatic chemistry, to take the helm of the chemistry division at the US National Science Foundation (NSF), which funds about one-quarter of all federally supported basic research conducted at American universities.

Yet, amid a global pandemic, on 24 May Berkowitz officially started his new job as director of the division, whose annual budget is nearly $250 million and primarily funds individual investigator awards. Although the agency is located just outside of Washington, DC in Arlington, Virginia, he is back in Lincoln working remotely. He interviewed for the job before Covid-19 struck, quashing his plan to move right after the semester ended in May.

Berkowitz is essentially on loan to the NSF from the university, where he’s been a faculty member in the school’s chemistry department since 1991 and previously served as its chair. He will continue his research programme during the appointment.

Berkowitz’s lab closed due to the pandemic in mid-March. All researchers at the university started working remotely, except for essential personnel involved in Covid-19-related work.

Shuttering the lab was ‘emotionally hard’, Berkowitz says. There were some safety issues that needed to be addressed ahead of time, including solvents stills that contained chemicals like sodium that needed to be quenched before shutting down. There were also regular checks of the -80°C freezer to ensure that it was running properly throughout the closure.

Nebraska has begun easing its lockdown and Berkowitz’s lab started back up again on 1 June, with researchers working in shifts, practicing social distancing and wearing masks. The lab had to submit a plan that detailed these measures to the university leadership before it was allowed it to reopen.

‘Normally it would be about 10 people in the lab, and now it’s four at a time with careful spacing,’ Berkowitz explains. The morning shift is 7am–1pm and the afternoon shift is 2–8pm, plus one group has Saturdays and the other has Sundays. ‘We are fortunate to have enough space that we can do this safely,’ he adds.

Now that his research group has returned to the lab, they have begun the process of assessing the quality of their biological and other samples. ‘If our enzymes have lost activity, for example, we will have to go back and grow up cells, repurify, reassay,’ Berkowitz says.

He has only been to his lab a couple of times since it reopened. ‘Since I am not doing experiments most of the time, I want to contribute to the de-densification of the labs,’ Berkowitz explains.

Meanwhile, the NSF’s building in Virginia opened up this month, but just to be retrofitted with safety features like barriers in high-density areas. It remains unclear, however, when staff can return, so Berkowitz is staying put in Nebraska and participating in agency meetings via Zoom.

He says the chemistry division, which has a staff of about 30, is on track to fund research awards at the normal rate. Before Covid-19, about one-third of the agency’s grant reviews panels were virtual, so the switch to 100% online has been relatively easy.

When it comes to applying for NSF grants, his advice is for chemists is to push on. ‘A lot of people are getting nervous that they don’t have enough preliminary results because they are just getting back into the lab,’ Berkowitz says. ‘Be aggressive, come forward with your best ideas,’ he recommends. ‘If you are not sure if you should submit … write a one-pager and send it to your programme officer, or the programme officer or two whose programmes seem to fit your science the best, and they will follow up and give you good advice.’

An advantage of being in the US heartland is population density – Nebraska is over 400 miles long and has fewer than 2 million residents. ‘We have, I think, more cattle than people here, certainly more cattle than chemists,’ Berkowitz remarks.

His county of Lincoln/Lancaster has fared relatively well during the pandemic compared to others, with nearly 1500 confirmed cases of Covid-19 and 10 associated deaths, as of 16 June. Overall, there were more than 16,500 cases of the virus across Nebraska and less than 220 related deaths in the state, compared with almost 2.1 million cases across the US and over 115,000 associated fatalities.

In the meantime, Berkowitz is working from home with his wife, a Montessori school teacher who is instructing young children by Zoom now. The two must be careful not to talk over each other as he is also teaching a weekly three-hour graduate seminar over Zoom.

For Berkowitz it’s all a bit surreal – working two jobs remotely while planning a big move whose timing is completely uncertain. He admits he’s a bit ‘Zoomed out’.