As Spain begins lifting its lockdown, a key chemist at the University of Santiago de Compostela in Galicia worries about the future 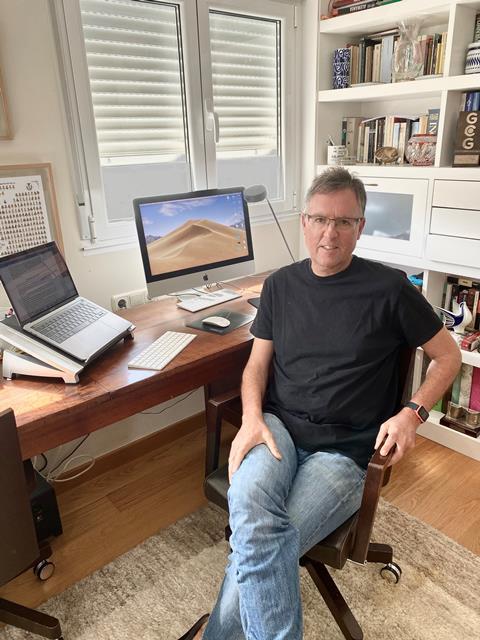 Spain began easing its Covid-19 lockdown restrictions, which have been in place for almost two months, on 11 May as the virus appears under control in the country. But Jose Mascareñas, a chemistry professor at the University of Santiago de Compostela in Galicia and many of his colleagues continue to work from home, even as their labs have restarted activity.

Mascareñas is the scientific director of the university’s Center for Research in Biological Chemistry and Molecular Materials. Its labs now allow part-time work in two shifts – morning and evening – so that total occupancy at any one time is at no more than 50%. The goal is to ensure compliance with social distancing and safety rules at the research centre, which hosts over 110 PhD and postdoctoral students.

These new limitations obviously slow down research and related activities. ‘These working conditions are far from ideal, but the students were eager to come back to the lab, and in this way we can ensure safety, while advancing some of our projects,’ Mascareñas explains.

On 11 May, Spain reported that the number of daily deaths in the country related to the novel coronavirus fell to 123, which is the lowest since the virus peaked there in early April. The country has reported almost 270,000 Covid-19 infections and nearly 27,000 deaths so far.

Labs at University of Santiago de Compostela in Galicia were forced to shut down on 16 March, as soon as the Spanish government declared a state of emergency. Mascareñas, whose multidisciplinary research team combines synthesis and catalysis work with chemical biology and biomedicine, had to close his lab – and the entire centre.

He says the shutdown was not too difficult logistically. Technicians were tasked with regular visits to the lab to tend to infrastructure needs and to perform basic maintenance on sensitive equipment like nuclear magnetic resonance spectroscopy machines.

Until now, the centre and its labs were fully closed and researchers could not perform experiments, other than in exceptional circumstances. In fact, two groups at the centre recently received funding from the Spanish government to develop vaccines for Covid-19. Eight researchers started on those projects in April. One of the groups is working on protein-based vaccines, and the other is focused on developing peptide vehicles to deliver RNA.

Nonetheless, Mascareñas says shuttering the labs significantly impeded research progress at the centre, and especially affected students who were conducting the final key experiments required for their theses or scientific publications.

Mascareñas has kept in daily contact with his PhD and postdoctoral student researchers by email and video chats, using Zoom or Microsoft Teams. Each of the researchers made a specific telework plan, which involved either writing thesis manuscripts, scholarship applications, reports, drafts of articles or reviews, he says. Weekly group meetings have continued using a virtual format, and most of the discussions have involved recent literature or specific subjects related to work ongoing in the lab.

Over the last six years, his research centre has hosted seminars every two weeks in which two students describe their research to the rest of centre. Those seminars have continued since the shutdown via Microsoft Teams. ‘They are working great, with more than 100 members of the centre attending,’ Mascareñas says.

Meanwhile, one of his student researchers was due to defend his PhD on 17 April, but has been delayed because the student prefers to do that in a face-to-face setting. Four other students had planned short stays abroad that had to be kiboshed, and Mascareñas also had to cancel five trips to deliver lectures and several symposia.

As lab operations return to normal, he expects that the situation will be ‘terrible’ because the ongoing economic and social crisis related to the pandemic might affect scientific activities. ‘It is likely that [research] funding will decrease, there will be fewer scholarships and probably, our salaries will also be cut,’ Mascareñas predicts.

During the shutdown, he is sheltering in place with his wife and two college-aged daughters in Galicia, a verdant region in the northwest of Spain. They are all sharing the household chores and attempting some experimental cooking, though Mascareñas admits that his repertoire of dishes is quite short.

He has enjoyed all the family time, with its extra opportunities for extensive and meaningful conversations. He’s also been trying to keep in shape by following online fitness training routines. These are the positive parts of the confinement, according to Mascareñas.

But there is a surreal aspect to the last few months. ‘In some moments I feel like this is not real, but part of a movie; but when you wake up and are stuck one day more at home you realise that it is not a dream,’ he tells Chemistry World.

However, Mascareñas tries to be optimistic. ‘I prefer to think that, despite the unavoidable economic depression that will follow the outbreak, many people will rise with a renewed spirit to create and innovate, and this will contribute to building a safer, more supportive and less selfish world,’ he says. ‘Also, we might learn how to rank priorities.’

Nevertheless, Mascareñas misses many aspects of his previous life, such as walking in the old part of the city, travelling, and simply chatting with friends and family in Spanish cafeterias or bars.